What is the role of an economist? What do they do on a day to day basis?

If you’re thinking of becoming one, you might want to have a look at these insights:

A few examples are:

The trade issue between China and the USA

President Trump proposed tariffs against China. Fundamentally, this will hurt imports from China.

However, a) imports from China may be a part of US exports and therefore hurt US exports in the global economy; b) the tariff may actually be paid by the American consumer if Chinese imports are not elastic in the short term (cannot find an alternative quickly); c) China may retaliate to hurt US exports to China; d) China may devalue its currency (RMB) to weaken the effect; and e) this policy is fundamentally against the values of the USA, i.e. free economy/trade.

What we know is both China and USA will be hurt and recession is likely in the short term as we know trade/trade restrictions would benefit/hurt both countries.

The policy of lowering the interest rate, such as QE1, QE2, and QE3, will help a business grow, but hurt retired people and savers.

In reality, many businesses have borrowed more, and use the money to buy back their own stock rather than invest more to enhance their production. As a result, the stock market is doing good and earning per share have increased.

Moreover, the Fed may be running out of weapons if a recession or unexpected slow down happens. Therefore, the policy of a lower interest rate may or may not achieve its goals as Economists have learned from economic textbooks.

For example, you cannot have economic growth, lower inflation, and environmental protection together. A nation cannot have free capital flows, independent monetary policy, and a fixed exchange rate simultaneously.

Therefore, economic policy is virtually a value judgment (a choice) and an assessment of the overall net effect of the economy. As an economist, your job is to provide a comprehensive analysis of all positive and negative outcomes and let policymakers make the policy decisions.

Associate Professor in the School of Business and Management, Husson University’s College of Business

An economist is a person who monitors the national economy

In a business setting, an economist works within the corporation at a variety of levels including estimating efficiencies and helping to determine what levels of production that are the most profitable. An economist at the macro-level measures gross domestic product (GDP), inflation, wage-price stability levels and more.

In addition, an economist determines whether the national economy is in a recession or economic expansion and provides guidance with recommendations regarding the health of the economic activity. This can be for a corporation, an individual country, and other global economic organizations.

Within a firm, an economist measures marginal cost, and marginal revenue per unit of production

The economist also helps determine the optimal level of price for a product within an economic market. He or she is constantly measuring and forecasting supply and demand at the per-unit level as well as the market level to determine optimal levels of productivity. This provides insight into employment.

Overall, the economist is indispensable to governments, businesses, and international deliberations. The peace and stability of a nation often depend on their economy. The profitability of the corporation depends on efficiency.

The economist is a professional who provides the kind of advice needed for countries and corporations to grow and prosper.

I’ve been an economist for over 30 years, and have a wide range of different jobs in the public, private and non-profit sectors. While all of them have had different focuses, over the years I have found that there are 4 types of economists, each of which has a very different type of job. These are:

These folks teach economics to others (mainly folks who don’t want to learn economics) and do obscure research and write papers that nobody can decipher.

Most economists working for the government I call “data guys.” These economists collect, maintain, and analyze data about a specific commodity, country, market, etc.

Once you do, they will impart untold knowledge about their specific topic. I would include chief economists at companies and trade associations in this category.

There are fewer and fewer macroeconomists working for banks, large trading companies, or certain consulting firms who specialize in forecasting the future. This is probably because most economists have the same orthodox views so their models really don’t differ by much.

Forecasters are the wizards that are seen on TV all of the time or quoted in newspapers pontificating about what the Fed is going to do next or how many jobs will be reported in the next Jobs Report.

Storytellers come in two types. First, the traditional old school economists like Adam Smith or Karl Marx or Alfred Marshall who develop and write about big-picture stuff. The way that we think about economics is a result of the theories developed by these storytellers. The other type of storyteller works for consulting firms, lobbying firms, or think tanks.

Their job is to develop stories around how specific markets or economic factors are impacted by all of the things happening in the world. These economists build models that look at micro-level issues – how will a tax impact sales, or how will a regulation impact job – and come up with a way to document and describe these impacts.

In the end, very few economists cross the lines between these four types. Sure there are professors who do consulting or forecasters that tell stories, but in the end, what an economist does on a day to day basis depends a lot on what type they are.

That was a question I started asking into my third course in my economics major in 1973.

Economists tell you what went wrong after it happened and how to prevent it in the future.

I had an intuition back then that businesses and investors sorely needed the means to anticipate major cycles in the economy – as their overwhelming tendency was to over-invest at the top of a cycle and under-invest at the bottom to their peril and to the economy.

Obviously, there are such cycles like the sun coming up in the morning or our annual seasons – so, there must be a cause behind them.
I quickly learned that economists were not in the prediction business – and lived in a more theoretical world. No one could understand them and they got so caught up in the complexity of endless indicators that they missed the obvious, “the forest for the trees.” And the worst most had no sense of humor.

So, I changed my major to business and ended up taking everything from manufacturing to marketing to accounting to finance to management to strategy. I went to Harvard Business School and then consulted to Fortune 100 companies at Bain & Company. I learned a lot about real-world business cycles.

But the big insights came when I started consulting to entrepreneurs. Ah, they were the ones creating the future. They were catering to the then young, innovative Baby Boomers. So, I had to study that generation and its new trends…

Long story short, through my real-world consulting – and much intense research on the side (that 10,000 hours of immersion from the Outliers book), I came up with a whole, a new methodology for forecasting the future – starting with the predictable things consumers do from cradle to grave in totally projectable generational cycles.

I found what I originally intuited: Our economy is far more predictable than we’ve been led to believe. The secret was that it’s the longer term that is most easily predictable – and that’s where the most important trends are

What do I do now: I help people see the predictable trends that will impact your life and family, your business and investments, over the rest of your lifetime… exactly what economists say no one can do!

I became an entrepreneur, not an economist.

And what does the chief economist at the Federal Reserve do now? Exactly what Donald Trump tells him to.

Economics is the study of the production, consumption, and transfer of wealth. There are two branches: Microeconomics studies economics at an individual, group, or company level. Macroeconomics studied national economies as a whole.

The broad discipline of economics helps societies understand historical trends and make predictions about what will happen to production and wealth in the coming years.

Economists conduct research by collecting and analyzing data on production, inflation, interest rates, and the likes

They use this research to monitor economic trends and forecast a range of issues, such as energy costs, exchange rates, business cycles, and employment, among others.

Typically, economists have bachelor’s degrees or higher in economics (with doctorates typically required for academic or government jobs). They have heavily quantitative backgrounds and use them to develop and apply mathematical models and statistical techniques. They also understand human and corporate behavior, so may have studied psychology and organizational behavior.

Economists are employed in myriad jobs

They may work directly for the government, looking at the effects of tax cuts, budget deficits, and welfare policies. They can also be government advisors, where they are employed by research firms and think tanks. They may be university professors, where they conduct research and train the next generation of economists.

They are also private-sector employees, working for investor advisory firms, consulting firms, and any other kind of company that if affected by the direction of the economy. In private sector roles, economists may analyze consumer demand and sales to help a company maximize its profits.

Economists’ contributions inform everything from household decisions to public policy, affecting our society’s health, education, environment, and immigration policies, and much more. As a practicing Economist for over 30 years, I always like to say “Every major decision in your life involves economics.”

The field of economics is a very wide social science concerning such disparate subjects as poverty reduction, healthcare policy, financial economics, and decision-making. But this one broad range of disciplines can be synthesized in one definition:

Economics is the science of scarcity and is concerned with how to best allocate those limited resources.

Over the last three decades, the economic sciences have moved to ever-higher specialization. While all Ph.D. level economists have a solid understanding of micro and macro-economics, the output of the monetary policy researcher is hard to follow by the urban policy economist and vice-versa.

Even though our work may seem arcane to most people (mathematics have played an increasing role in economic research since the adoption of physics research methodologies in the 1980s), we all do exactly the same:

We try to figure out ways to maximize a desirable outcome (ranging from corporate profits to national health), given a fixed resource constraint. 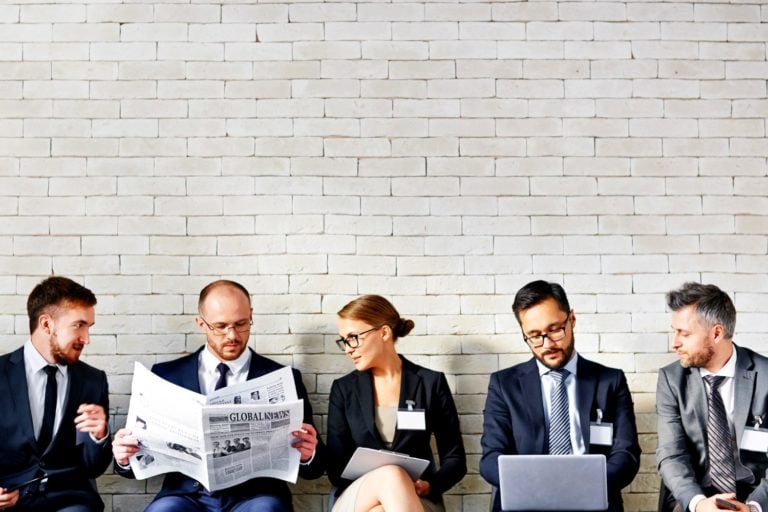 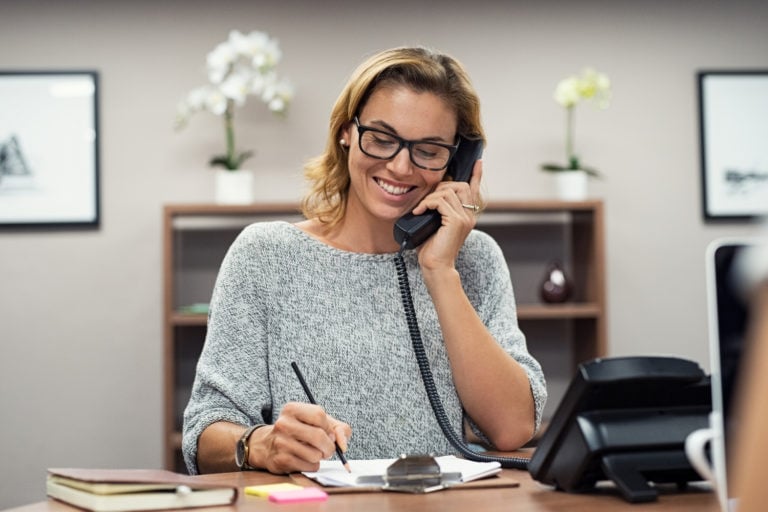 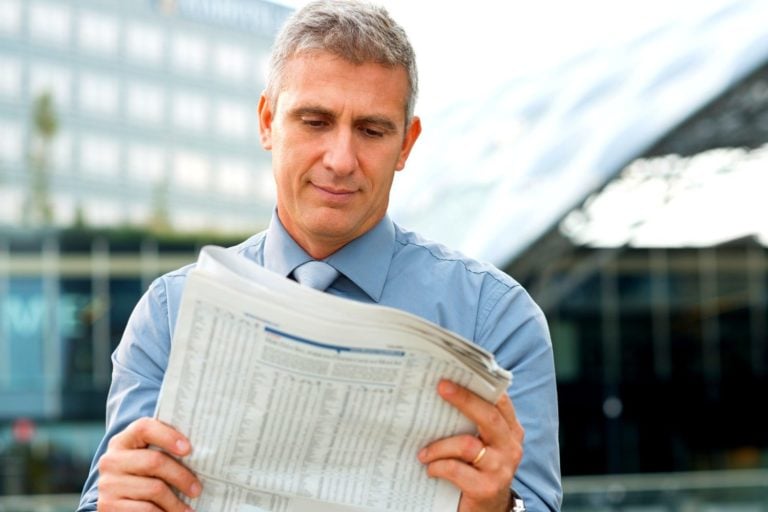 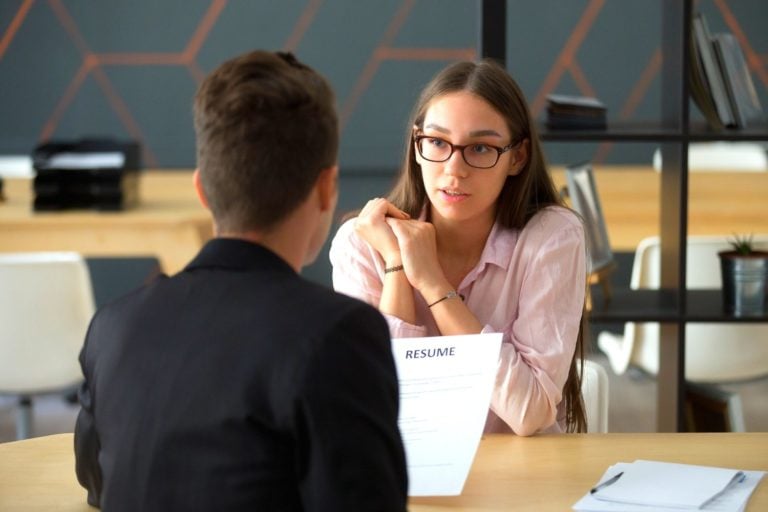