A relationship with a narcissist can have negative effects to you emotionally. When you decide to break away from them, it can be freeing.

But what happens next when you ignore a narcissist? According to experts, here are a number of issues that can arise. 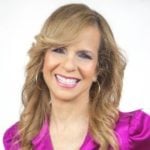 Clinical Psychologist | Author, Don’t Sleep with Him Yet: A Badass Guide to Dating in 10 Empowering Steps

Many women are initially attracted by a narcissist’s good looks and veneer of power or wealth. But not all. If a narcissist is trying to date you and you ignore him, he’s going to pursue you even harder. However, while all men do experience a degree of excitement in the “chase,” (that’s because men have twenty times more testosterone than women), for a narcissist, it’s all about the chase and ultimately winning you over.

A narcissist will pursue you even harder

That’s because narcissists can’t bear to lose. It’s too bruising to their inflated egos! And watch out, ladies, because narcissists are often tough to resist, at least at first. They’ll lure you in with charm, gifts, compliments, promises—but once they get what they want (in this instance, you), it all goes away.

Sadly, it won’t be long before you’re taken aback by a truly narcissistic partner’s emotional coldness and lack of reciprocal interest, especially when you try to talk about your concerns. Involvement with a pathological narcissist will send a woman on a path to almost certain grief because of his lack of empathy and out-of-control entitlement (i.e., unreasonable compliance with his demands by you, or even by a server in a restaurant.)

Notably, a defining characteristic of narcissism is insensitivity to the feelings of others. Add that to the fact that narcissists don’t take criticism—or rejection—well, as in they may rage and defiantly counterattack. In a similar vein, narcissists rarely apologize because they can’t ever admit that they’re wrong.

So if you do become seduced into a relationship with a narcissist and then at some point try to break away by ignoring him, brace yourself for his angry, nasty text messages. Or he may block you altogether. In contrast to a “normal” partner, a narcissist won’t try to reach out to find out why you’re ignoring him, because he doesn’t care about your feelings. It really is all about him. 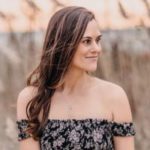 Essentially, narcissists thrive on using others as a source to make them feel important, loved, cherished. If you ignore a narcissist and deny them their source, they may become enraged and try even harder for your attention – especially in ways that can be toxic or abusive.

Ignoring a narcissist will enrage them because of their fragile egos

This is because narcissists have incredibly fragile egos (also though they seem quite large because they are overcompensating). They’ll feel humiliated and lash out against you to protect themselves. True narcissists are unable to see the needs of others and don’t truly care if the’re exhausting another person.

However, this can be dangerous for the person involved with the narcissist. The best thing you can do to start to disentangle yourself from a narcissist is to go full no contact. No calls, emails, texts, and especially no in-person meetups.

Unfortunately, this will not cause a real narcissist to change. They will move on and find another source. But you will be free. 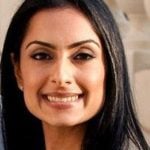 If you have been unfortunate enough to have gotten involved with a narcissist, you’re no doubt very emotionally damaged from experience. Being in a relationship with someone with narcissistic personality disorder (NPD) can break your spirit. As the victim trapped in the abuse cycle of a narcissist, you have unwittingly supplied the fuel that they fed off.

Many victims of NPD attempt to reason with their abuser, hoping to somehow appeal to their conscience by expressing how their actions are deeply hurtful. This is an exercise in futility, as the narcissist is deeply disturbed and will only continue to extract what they need from the victim, regardless of the harm it may cause.

Breaking away from a narcissist will free you from further abuse

The only answer for someone in a relationship with a narcissist is to break away from him or her. Ignoring the narcissist is the most effective way to sever ties from the person, although it is not easy to do. The narcissist will act out when they realize their host is rejecting them and will go to great extremes to reel the victim back in.

Remember, you have provided the fuel that propels their disorder. The key is to not respond to any of these tactics.
What happens when you ignore a narcissist is fairly predictable:

It’s imperative to stay the course and resist the temptation to engage in any way with the narcissist. To successfully disengage from a person with NPD, you must continue to ignore them indefinitely until they move on, all the while working on your healing process. 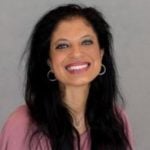 When you ignore a narcissist, it’s a healthy response but one that can bring angry fallout because that means you are holding back on the air they breathe – narcissistic supply.

Since narcissists require almost constant admiration, validation and even blind obedience in some cases – when you don’t give them attention, they’ll often become quite brittle – reacting in a variety of negative ways including rage, petulance, insults, and may even try to undermine you in other sectors of your life (passive-aggressive comments on social media, speaking badly of you to others).

The good thing is that in the long run, this strategy will pay off as they will get frustrated with you not giving them validation, and once they throw their tantrum and make your life uncomfortable for a little while, they will move on to their next source of supply. 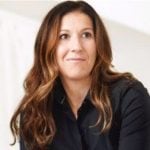 This can be done by sweet-talking you, making promises, or telling you how much they miss you. If sweet-talking fails, they then go into a state called “Narcissistic Fury” where they will threaten, attack, manipulate, and do anything possible to get you to engage.

Positive or negative engagement is a win for a narcissist. Stay strong and maintain no-contact, and the fury will eventually subside.

If they don’t have another source of narcissistic supply lined up, they will go into what’s called “Narcissistic Collapse” and immediately enter a state of physiological withdrawal, not unlike people who are detoxing off of hard drugs. 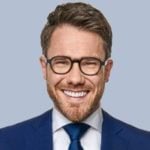 What happens when you ignore a narcissist?

Two individuals will face consequences of this: the narcissist and the one who ignores him

Ignoring a narcissists means a re-enactment of a core wound in his inner child. He loses his narcissistic supply – admiration that he is addicted to. So he will feel rejected, betrayed, lonely, his shallow self-esteem will take a huge hit.

He might become manipulative to gain your attention back, pamper, praise, blackmail, blame, threaten, physically or verbally lash out, gaslight, punish, lie, try different ways to win you over like false promises or apologizing, love bomb you.

Significant others will need to go into recovery from a narcissistic relationship, try to understand what happened to her life, confront low self-esteem, and with time feel more free, confident, mature, enjoy her life again.

There is a method known as Grey Rock when dealing with narcissists. This method encourages victims of narcissistic abuse to act like grey rocks. This means you need to work to make your life appear as dull, motionless, and static as possible toward the narcissist.

The hope is that they’ll eventually get bored and move on to seek attention elsewhere. Part of this concept means that it’s essential that you have your interests, engagements, and identity going on when dealing with a narcissist. You shouldn’t let them believe that they are the center of your world.

Knowing your worth very quickly allows you to realize that when you spend all your energy on someone else, even if that means ignoring them, you’re wasting your self on someone else. Make yourself the center of your universe, always.

Ignoring a narcissist can lead to self-growth and self-worth

Allow people in and out of your bubble, but never make your bubble revolve around somebody else. Once you understand this, you’re able to focus on you, and instead of actively ignoring a narcissist, you’re just living your life and allowing them to fall to the wayside. It’s a lesson in self-growth and self-worth.

Control is the primary motivator of which Narcissistic Personality Disorder, like most personality disorders. It’s functionally defined by the objectives of attention-seeking, causing the other party to “revolve” around them as the “center of the universe,” etc.

Therefore, ignoring is perceived defiance of that control. The first reaction is usually to one-up them by doing more of the same or at a higher intensity. So, one would likely see them ignoring one’s self until they notice that it’s not working – control has not been established. Plan B is in order.

So, they will likely try to manipulate you differently by acting out of their usual pattern of behavior. They make “act” tender and loving, exhibiting kindness and showing respect. If this fails, Plan C is in order. They may cry remorsefully and pull at your heartstrings with promises to turn over a new leaf. This is a ruse.

If this fails to gain traction, Plan D is the next assault. They will be delightfully charming – just like they were when you fell in love! They will tell you how they miss, the things you used to do together, everything they love about you, and all the places and memories that evoke those feelings in you.

But is you have enough self-esteem and self-respect to resist this charm, Plan E may be in order. This is where the Narcissist drops the acts and reveals who they are emotional, a hurt, angry toddler in an adult body and intellect.

In pronounced cases, that behavior can resemble sociopathic, antisocial traits where control means vindication. It can get harsh and even violent. It can be explosive or grossly devious with plotting that can include intricate plans or the two in succession.

Narcissists resemble the Russian Babushka dolls, where each doll breaks open to reveal the next smaller doll inside. The hurt, the angry toddler, is in the center. That emotional toddler has the intelligence of an adult but has a highly stunted emotional development that was also greatly twisted early in life. They do not easily change, even with psychotherapy.