William Blake was an English poet, painter, and printmaker. Both his paintings and writings was not recognized during his lifetime and struggled close to poverty for much of his life.

However, Blake is now considered an essential figure in the history of poetry and visual arts. His visual artistry led Jonathan Jones (British art critic) to regard him as “the greatest artist Britain has ever produced.”

Blake poured his whole being into his works. Unlike most painters, Blake worked on a small scale, and most of his engravings and paintings are only inches in height, yet the detailed rendering is exquisitely superb.

Blake’s works earned far more public acclaim after his death and are now hugely admired by artists and critics alike. Listed below are the top 56 William Blake quotes and sayings that explore his views about love, imagination, wisdom, and many more.

2. “Without contraries is no progression. Attraction and repulsion, reason and energy, love and hate, are necessary to human existence.”

3. “Eternity is in love with the productions of time.” 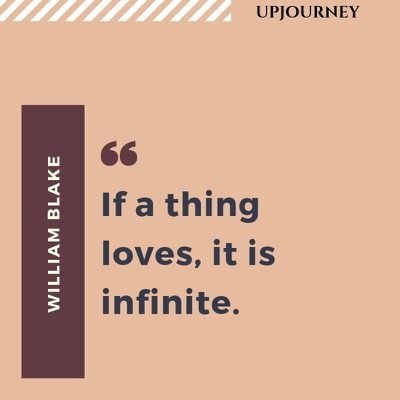 5. “Great things are done when men and mountains meet.”

7. “Love seeketh not itself to please, nor for itself hath any care, but for another gives its ease, and builds a Heaven in Hell’s despair.”

8. “Where mercy, love, and pity dwell, there God is dwelling too.”

1. “What is now proved was once only imagined.”

2. “The tree which moves some to tears of joy is in the eyes of others only a green thing that stands in the way. Some see nature all ridicule and deformity… and some scarce see nature at all. But to the eyes of the man of imagination, nature is imagination itself.”

3. “If the doors of perception were cleansed everything would appear to man as it is, infinite.”

4. “Imagination is the real and eternal world of which this vegetable universe is but a faint shadow.”

6. “The man who never in his mind and thoughts traveled to heaven is no artist.”

7. “Travelers repose and dream among my leaves.” 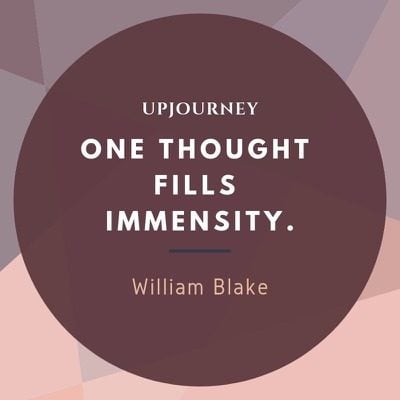 9. “The soul of sweet delight, can never be defiled.”

1. “The man who never alters his opinions is like standing water, and breeds reptiles of the mind.”

2. “The road of excess leads to the palace of wisdom.”

3. “The hours of folly are measured by the clock; but of wisdom, no clock can measure.”

4. “The fool who persists in his folly will become wise.”

5. “In seed time learn, in harvest teach, in winter enjoy.”

6. “The foundation of empire is art and science. Remove them or degrade them, and the empire is no more. Empire follows art and not vice versa as Englishmen suppose.” 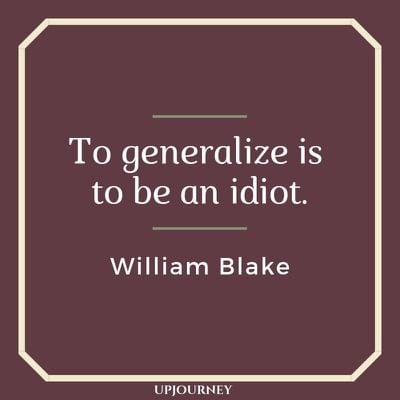 8. “What is the price of experience? Do men buy it for a song? Or wisdom for a dance in the street? No, it is bought with the price of all the man hath, his house, his wife, his children.”

10. “The true method of knowledge is an experiment.”

3. “No bird soars too high if he soars with his own wings.” 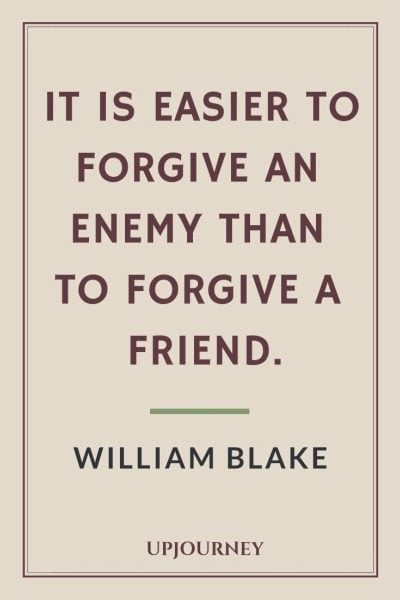 3. “Better murder an infant in its cradle than nurse an unacted desire.” 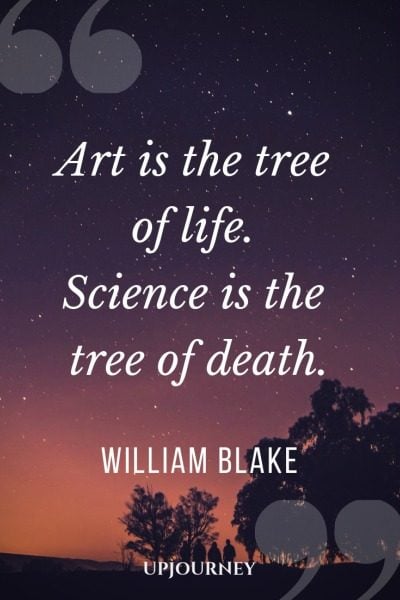 2. “For everything that lives is holy, life delights in life.”

3. “He whose face gives no light, shall never become a star.”

4. “Do what you will, this world’s a fiction and is made up of contradiction.”

5. “If the Sun and Moon should ever doubt, they’d immediately go out.”

6. “He who binds to himself a joy Does the winged life destroy, But he who kisses the joy as it flies Lives in eternity’s sunrise.”

8. “A truth that’s told with bad intent beats all the lies you can invent.” 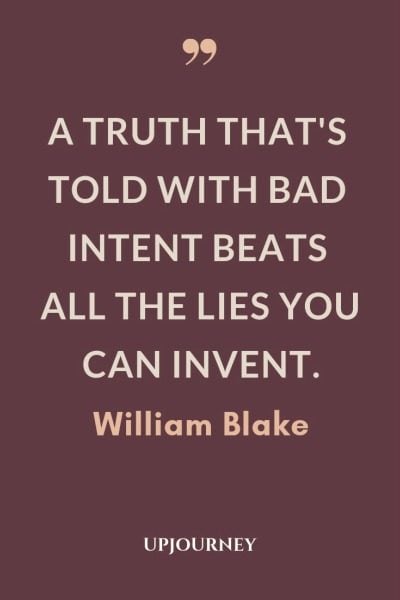 9. “It is not because angels are holier than men or devils that makes them angels, but because they do not expect holiness from one another, but from God only.”

10. “Always be ready to speak your mind, and a base man will avoid you.”

11. “Christ’s crucifix shall be made an excuse for executing criminals.”

12. “I must create a system or be enslaved by another man’s; I will not reason and compare: my business is to create.”

13. “Man has no Body distinct from his Soul; for that called Body is a portion of Soul discerned by the five Senses, the chief inlets of Soul in this age.”

14. “He who would do good to another must do it in Minute Particulars: general Good is the plea of the scoundrel, hypocrite, and flatterer, for Art and Science cannot exist but in minutely organized Particulars.”

15. “Energy is an eternal delight, and he who desires, but acts not breeds pestilence.”

If you’d like to know more about the artistry and writings of William Blake, we would suggest you read William Blake: The Complete Illuminated Books.