Aesthetics is a branch related to art philosophy. Though to give one general definition is difficult, aesthetics basically tackles with the nature of art and its concepts of how individual works of art are evaluated and interpreted.

Those who study aesthetics focus on the artist’s process of imagining, creating, and performing works of art. They also analyze how people react to certain art works and what one perceives as they experience art. Today aesthetic could loosely mean what a person’s style or vibe is trying to evoke visually.

Here we have some of the best aesthetic quotes and sayings to remind you of the value of beauty in art, culture, and nature.

1. “Design must reflect the practical and aesthetic in business but above all… good design must primarily serve people.” — Thomas J. Watson

2. “One does afford oneself the luxury to come into the studio and all day, every day, spend one’s life making aesthetic propositions. What an immense luxury.” — Anish Kapoor

3. “The aesthetic of architecture has to be rooted in a broader idea about human activities like walking, relaxing and communicating. Architecture thinks about how these activities can be given added value.” — Thom Mayne

4. “I’m definitely incredibly attracted to the aesthetic of what is typically deemed goth stuff, but. A lot of my experience growing up was in being around that kind of thing, and it’s just what sinks into a person’s brain.” — Jhonen Vasquez

5. “It would be foolish to suggest that government is a good custodian of aesthetic goals. But, there is no alternative to the state.” — John Kenneth Galbraith

7. “My particular aesthetic of light and color and design wouldn’t change as a result of working with computer graphics rather than with slit scan or miniatures.” — Douglas Trumbull

8. “Nothing is beautiful, only man: on this piece of naivete rests all aesthetics, it is the first truth of aesthetics. Let us immediately add its second: nothing is ugly but degenerate man – the domain of aesthetic judgment is therewith defined.” — Friedrich Nietzsche

9. “Let architects sing of aesthetics that bring Rich clients in hordes to their knees; Just give me a home, in a great circle dome Where stresses and strains are at ease.” — R. Buckminster Fuller

10. “I’ve handled color as a man should behave. You may conclude that I consider ethics and aesthetics as one.” — Josef Albers 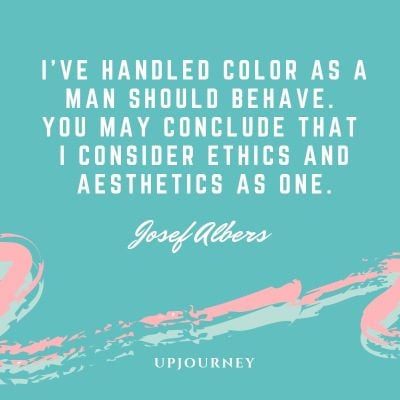 11. “If you get it out into the urban field it’s going to be used or misused but it’ll also probably provide a way of people acknowledging what the aesthetic is about because people have to confront it every day.” — Richard Serra

12. “A part of sexuality may go to research, and a much larger part must lead to aesthetic creation. The art of the future will, because of the very opportunities and materials it will have at its command, need an infinitely stronger formative impulse than it does now.” — John Desmond Bernal

13. “But aesthetics is not religion, and the origins of religion lie somewhere completely different. They lie anyway, these roses smell too sweet and the deep roar of the breaking waves is too splendid, to do justice to such weighty matters now.” — Rudolf Otto

14. “To so enter into it in nature and art that the enjoyed meanings of life may become a part of living is the attitude of aesthetic appreciation.” — George H. Mead

15. “The obsession with performance left no room for the development of the intuitive or spiritual impact of space and form other than the aesthetic of the machine itself.” — Arthur Erickson

16. “The more people explore the world, the more they realize in every country there’s a different aesthetic. Beauty really is in the eye of the beholder.” — Helena Christensen

17. “I think taking design out of the studio and really having a relationship with the people that you’re making it for really convinced me of how powerful a thing design is. It’s not just an aesthetic decoration.” — Genevieve Gorder

18. “The film’s dramatic requirements should always take precedence over the mere aesthetics of editing.” — Edward Dmytryk

19. “Art is the imposing of a pattern on experience, and our aesthetic enjoyment is recognition of the pattern.” — Alfred North Whitehead 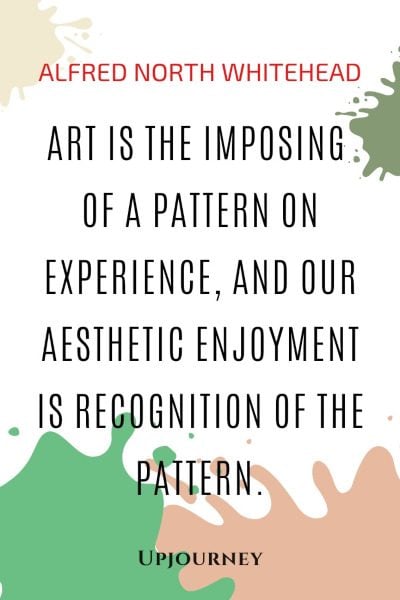 20. “So begins a question which has of late become more and more urgent: what is the relation of aesthetics to politics?” — Mark Poster

21. “Nearly all of the advances in structural and aesthetic innovation is coming from abroad.” — Arthur Erickson

23. “Architecture is a art when one consciously or unconsciously creates aesthetic emotion in the atmosphere and when this environment produces well being.” — Luis Barragan

24. “Inaudible prayers, particularly of the Canon, which at first don’t seem to have anything to do with music, end up being a very important part of the aesthetic of the traditional structure of the Mass.” — Richard Morris

26. “While a large segment of the art world has obsessed over a tiny number of stars and their prices, an aesthetic shift has been occurring. It’s not a movement – movements are more sure of themselves. It’s a change of mood or expectation, a desire for art to be more than showy effects, big numbers, and gamesmanship.” — Jerry Saltz

27. “Mathematics as an expression of the human mind reflects the active will, the contemplative reason, and the desire for aesthetic perfection. Its basic elements are logic and intuition, analysis and construction, generality and individuality.” — Richard Courant 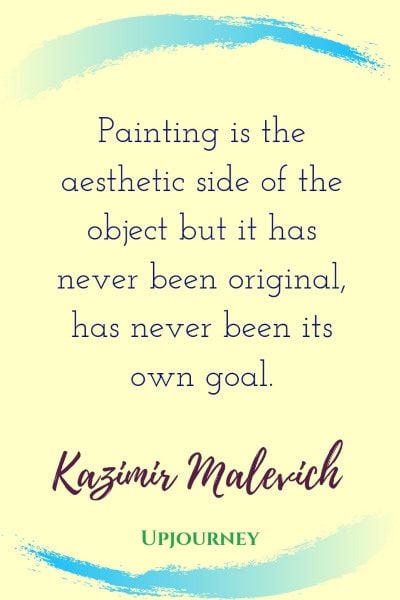 29. “Don’t talk to me about aesthetics or tradition. Talk to me about what sells and what’s good right now. And what the American people like is to think the underdog still has a chance.” — George Steinbrenner

30. “To be civilized is to be potentially master of all possible ideas, and that means that one has got beyond being shocked, although one preserves one’s own moral aesthetic preferences.” — Oliver Wendell Holmes

31. “Scientific understanding is often beautiful, a profoundly aesthetic experience which gives pleasure not unlike the reading of a great poem.” — Paul Nurse

32. “I think that musicians should never forget about the intimacy of bringing two people together, and the aesthetic transference where you’re almost vicariously involved in a romance between other people.” — Joe Williams

33. “Leonardo Da Vinci combined art and science and aesthetics and engineering, that kind of unity is needed once again.” — Ben Shneiderman

34. “For art to exist, for any sort of aesthetic activity to exist, a certain physiological precondition is indispensable: intoxication.” — Friedrich Nietzsche

36. “Aesthetic matters are fundamental for the harmonious development of both society and the individual.” — Friedrich Schiller

37. “Almost all crime is due to the repressed desire for aesthetic expression.” — Evelyn Waugh 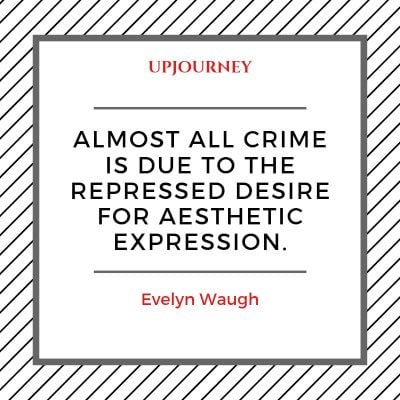 38. “When applied to politics and taken to its extreme, kitsch is the mask of death. Fascism was all aesthetics. There was no core principle to it. There was no truth to it.” — John Cusack

39. “There’s no particular evidence that any of the lower mammals or any of the other animals have any interest in aesthetics at all. But Homo sapiens does, always has and always will.” — Jock Sturges

40. “The danger of that – and there’s a grave danger that I, myself, have to be very aware of – is that you become so involved and intrigued in the language that sometimes you lose track that that is only a means to an aesthetic experience that the listener has to get.” — Leo Ornstein

41. “I like to find the beauty in the ugly. When I’m in a thrift store, I gravitate toward pieces I know I’ll wear a ton, and insane pieces that I’m sure most people would consider gross. But I find them inspiring. Our van is currently stocked with some of my random findings from this tour. Maybe I’ll call my aesthetic ‘van fashion.'” — Victoria Legrand

43. “What goes on in abstract art is the proclaiming of aesthetic principles… It is in our own time that we have become aware of pure aesthetic considerations. Art never can be imitation.” — Hans Hofmann

44. “A rich poet from Harvard has no sense in his mind, except the aesthetic.” — Beatrice Wood 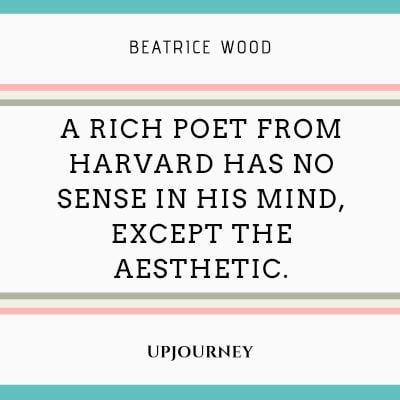 45. “I think decor says a lot about someone’s social position, their taste, their sensibility, their work – and also about the aesthetic way I have chosen to tell their story.” — Pedro Almodovar

47. “As writers and readers, as sinners and citizens, our realism and our aesthetic sense make us wary of crediting the positive note.” — Seamus Heaney

48. “And I have a really great agent and I know it’s almost an oxymoron to say you have a smart agent. But she is and she has a beautiful aesthetic and she has guided me.” — Patricia Clarkson

49. “Well, I’ve always been interested in approaching a big city in a train, and I can’t exactly describe the sensations, but they’re entirely human and perhaps have nothing to do with aesthetics.” — Edward Hopper

51. “When I wasn’t as attractive as I am now, I suffered at the hands of cruel children and their taunts until I realized that confidence and a bit of aesthetic care can overcome that.” — Johnny Vegas

52. “A garden is a complex of aesthetic and plastic intentions; and the plant is, to a landscape artist, not only a plant – rare, unusual, ordinary or doomed to disappearance – but it is also a color, a shape, a volume or an arabesque in itself.” — Roberto Burle Marx

53. “I think sincerity was my sole aesthetic and realism my experimental technique.” — Edmund White

54. “And then you start getting into the technical side of it and the aesthetic side and with those areas you can come up with new ways to visualize things, new ways to render and use the computer to make things look different and new and stuff like that.” — Dennis Muren

55. “I always loved aesthetics. Not particularly fashion, but an idea of beauty.” — Miuccia Prada

56. “The true traveler is the one urged to move about for physical, aesthetic, intellectual as well as spiritual reasons.” — Ella Maillart

57. “Your ethnic or sexual identity, what region of the country you’re from, what your class is – those aspects of your identity are not the same as your aesthetic identity.” — Stanley Crouch

58. “I wanted to get to that aesthetic proposition that comes out of learning the human elements of a world, so that those notes and rhythms mean something to you besides just the academic way in which they fall in place.” — Stanley Crouch

59. “Literary imagination is an aesthetic object offered by a writer to a lover of books.” — Gaston Bachelard 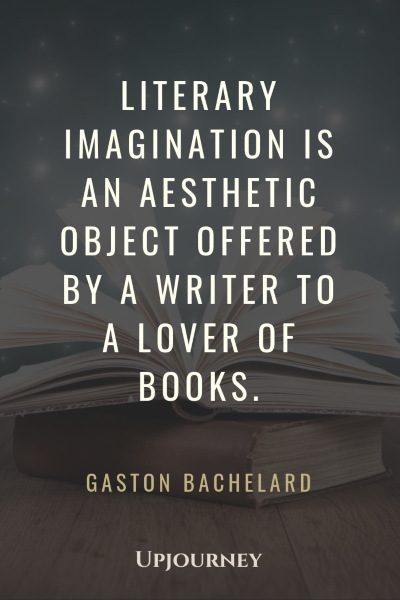