How does a parent with a Narcissistic Personality Disorder hurt a child?

This question asks many others:

These are the attributes of the narcissistic parent who is unable to view their child as a separate, acceptable, individual in their own right.

This is a child who learns they exist for their parent and do not deserve credit or merit for their own accomplishments unless it makes the parent feel impressive and grand.

Such a child discovers if he thinks for himself and entertains opinions, ideas, beliefs, intentions, or feelings unlike their parent, they are wrong or bad.

The result? The child can not afford to develop their own self-esteem if what they do doesn’t benefit the narcissistic parent in some way.

Long-term consequences of being raised by a narcissistic parent

The son or daughter of a narcissistic parent suffers loneliness, pain, frequent depression, chronic anxiety, and often awkwardness socially because their focus is on getting along with an adult, their parent, not their peers. This is a focus on survival not growth in a household filled with disrespect for child development.

A child is at worst, feels like a piece of furniture, an object rather than a human being. The child is used and discarded frequently after they fulfill a parent’s need so fears of abandonment are common. These children grow up feeling undeserving, unentitled, disrespected, filled with self-doubt, fear, and rage.

They do not learn how to cope with these feelings so they often seek to continue to find relationships with others who similarly rely upon them to fulfill their needs rather than to become independent and able to trust they can satisfy their own needs.

After years of living under these conditions, the growing child begins to feel there is something wrong with him, not his parent. The child may seek to be invisible, not seen, or heard for fear of easily being criticized for not fulfilling a parent’s unreasonable demands.

Because the parent inflates his or her own importance, he diminishes the importance of his child and the child comes to believe this is true.

In fact, the narcissistic parent who expects his child to know him well enough to read his needs without even explaining them gives the child the impression they are not up to par, inadequate, and worthless. This child grows up to believe they don’t deserve to be heard.

Illustration: Laura and her narcissistic father

Laura is the only child of a narcissistic father. Growing up, she is generally reclusive, spending most of her time outside of school with her father. He attempts to seclude her from outside influences by discouraging activities and peer relationships outside of the home.

Laura spends her life doing what she thinks her father expects in order to gain his love and approval. The consequence? She does not develop a secure sense of self.

Laura believes it is her job to make her father feel good about himself. He inappropriately confides in her his marital and work problems instead of sharing his problems with another adult.

Seeing him upset, Laura sees it as her job to make her father feel better even help him solve his problems. She yearns to be the perfect child who never upsets her father, but to the contrary, raises his self-esteem.

Laura’s father shows disapproval of her in subtle ways. He isn’t openly threatening, but his body language speaks to her.

He turns away. He doesn’t listen. He walks away when she’s in mid-sentence. He interrupts because he believes, so Laura also comes to believe, that his thoughts not only take precedence but are actually more important than hers.

He easily gives her a disgruntled look or leaves the room if she isn’t doing what he needs. His tone of voice can shift quickly and sound threatening. He also uses silent treatment when she disappoints him sometimes for hours or days.

Laura easily feels guilty when she doesn’t please her father and believes she is at fault although she does not know why. She feels responsible for his feelings, actions, and beliefs. To differ from him is to feel she is selfish. She is easily slighted and can feel diminished if her accomplishments aren’t affirmed by him.

Because her mother was subservient and dependent on her husband, she did not intervene even if she thought her child was troubled or unhappy until she showed signs of a mental disorder, generalized anxiety, and panic attacks.

Laura’s outward agitation could not be ignored. She was no longer invisible, compliant, and placid. She was scared and told her mother she had panic attacks at school during classes and was disoriented and wanted to come home. Her grades slipped disappointing her father who relied on her to excel to make him feel he had a brilliant child that enhanced him.

Adolescence is a time when a healthy child shifts from needing not only external but internal approval. Because of Dale’s obedience to authority, she did achieve very well at school, and teachers and coaches tried to encourage her to join their after-school activities.

They didn’t understand why this bright, affable, teenager wasn’t more social. When her schoolwork started to go downhill, they were concerned, not disapproving because she was so good-hearted and helpful to others, not a rebellious teen who pushed back against authority.

The influences of adults outside the home affected Laura and with her excellent cognitive abilities, she began to question the way she was living her daily life.

How could Laura heal from her isolation?

Healing from isolation is not an easy venture. As an only child, she didn’t have anyone to share the responsibilities of pleasing her father by living up to his demands and expectations.

But her teachers viewed her differently. They were interested in her thoughts and ideas and when she was reluctant to share them, they encouraged her to explore her beliefs and feelings about characters in books in literature class, about experiments in science class, about politics in social studies. In the gym, the teacher found she was strong and fit and could run sprints easily. He wanted her on the running team.

The dissonance caused by the differences in her father’s and teacher’s attitudes toward her increased her anxiety which made her mother fearful. She, too, suffered from bouts of anxiety that she kept hidden and it hurt her to see her daughter suffering.

While this mother, too, functioned as her husband’s empath, she also increasingly empathized with her daughter and was propelled to share her concerns about Laura with her husband. He sloughed off her concerns but after the teachers called her in for a conference, she had to be more direct with her husband and share what they were observing.

Laura’s mother began to realize her daughter wanted to change in a healthy way. Sharing this belief with her husband she was faced with not only his anger, but his rage. He felt his wife and daughter were colluding against him, criticizing him, diminishing his sense of superiority.

Related: How to Help Your Child With Anxiety – Using the Parental Intelligence Way

Can a narcissistic parent change?

Laura’s father increased his intrusion on his daughter at school, trying to curb the influence of the other adults by texting her frequently. In class, she was not allowed to use her phone, and clearly, she was not a disobedient teenager.

Her father was angered by her delayed responses, but her teachers would question her if she tried to sneak a peek at her phone under her desk.

Finally, Laura was in conflict. Healthy conflict. She had to think for herself. She wanted her anxiety to diminish.

Laura took action when the school social worker asked to meet with her, and Laura became open about her dilemma. She pointed out to Laura that she feared disappointing adults, but it was time to make her own mind up about things.

That was her first step—thinking for herself.

The social worker suggested that if she could just think and not even act at first, her anxiety would diminish.

Accustomed to seeking harmony with adults, this was a very new tack to take for Laura. Laura recognized, however, that her social worker’s suggestion was only for her own, Laura’s, benefit, not to satisfy the social worker’s needs.

Even with the teachers she sought their approval to please them, not herself. But the social worker didn’t give grades and tests, approve or disapprove of her, she just listened and encouraged Laura to have her own mind.

Laura was now fortunate because the social worker helped her find a modicum of faith in Laura’s own mind. Laura had not approached the idea that she had her own mind because at home her father would silence her in one way or another.

To defy her father was a huge step—even though it was a sign of maturity. Because an adult she was learning to trust was behind her, she began to share new interests of her own that she wanted to pursue. Her complacent mother began to support her daughter’s wishes more and more.

The father would not meet with the school staff, but his wife knew how to frame their daughter’s changes in a way he could absorb.

Laura’s mother told her husband that he would look like a flexible, open minded parent if he gave Laura some legroom. His wife knew this would give him the feeling that if his daughter expanded her world it could enhance his appearance as her father.

From that point of view, this narcissistic man took a step back. He even went to a track meet and watched his daughter win a race. He felt enhanced when the coach commended his daughter.

But much more than that occurred. This narcissistic man found he was enjoying watching Laura become a winner, not only because it enhanced him, but because he noticed she was laughing and smiling, obvious outward behavior that was not invisible.

Outside of his home environment, his world shifted even if it at first was only like a sliver of light coming through blinds that were opened for the first time.

The result? Hope for the future for Laura and perhaps her dad.

It cannot be minimized that narcissistic parents change slowly if ever. But if outside influences persistently affect the child of a narcissist, especially when she enters adolescence and her hormones, her brain, her physical body are changing then developmental pressures can help the child of a narcissist change and even indeed affect some change in the narcissistic parent, especially if there is a second parent who is swayed, too, by these developmental signals.

Related: How to Raise Kids so They Do Not Become Narcissistic Adults

This is a positive illustration. Some children of narcissists do not have sufficient resources outside of the home to enable them to experience healthy conflict, address their mental health, and gain the support they need from trusted others.

It is only when they leave home as young adults and are physically separate from their narcissistic parents that they may be able to be influenced by outside resources.

The child who has been trained to disregard their own needs only holding onto a negative attachment to a parent will eventually experience helplessness, a sign of trauma.

Laurie Hollman, Ph.D. is a psychoanalyst with specialized clinical training in infant-parent, child adolescent, and adult psychotherapy and is an expert on the Narcissistic Personality Disorder.

She is an authority on modern parent-child relationships who has published six award-winning parenting books and more books to be released in 2021. She has been on the faculties of New York University and the Society for Psychoanalytic Training and Research, among others. 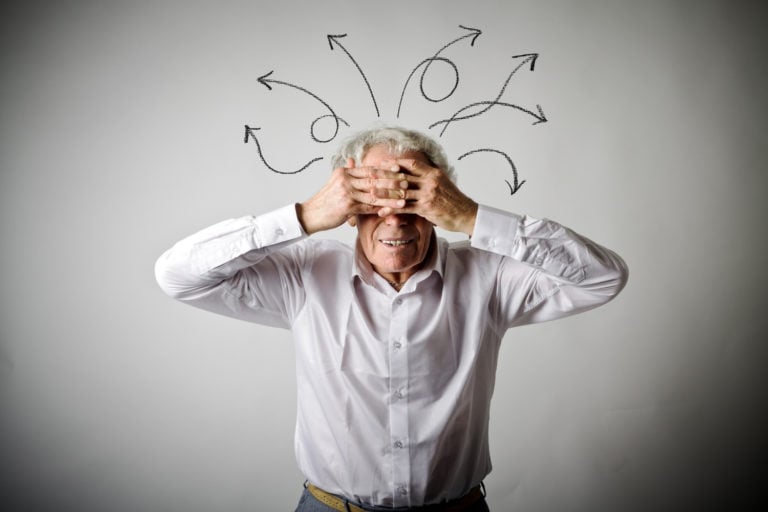 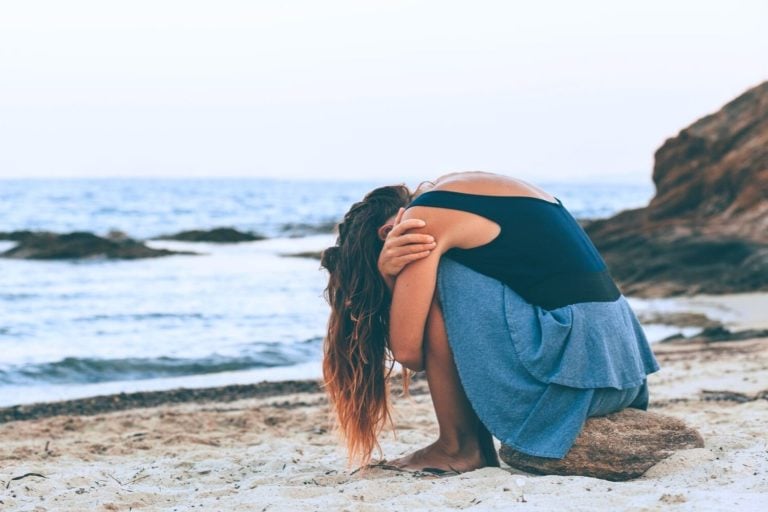 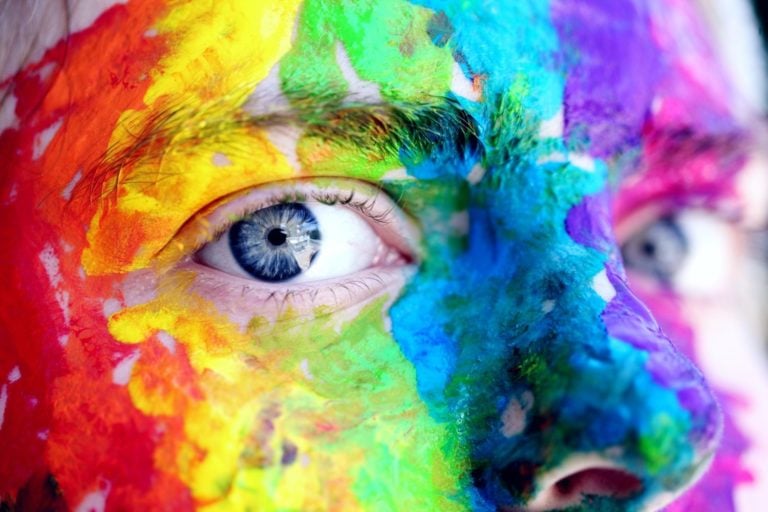 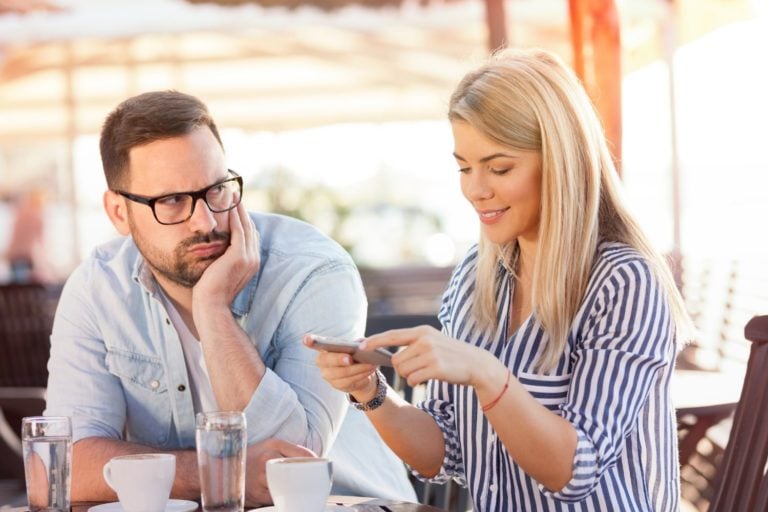 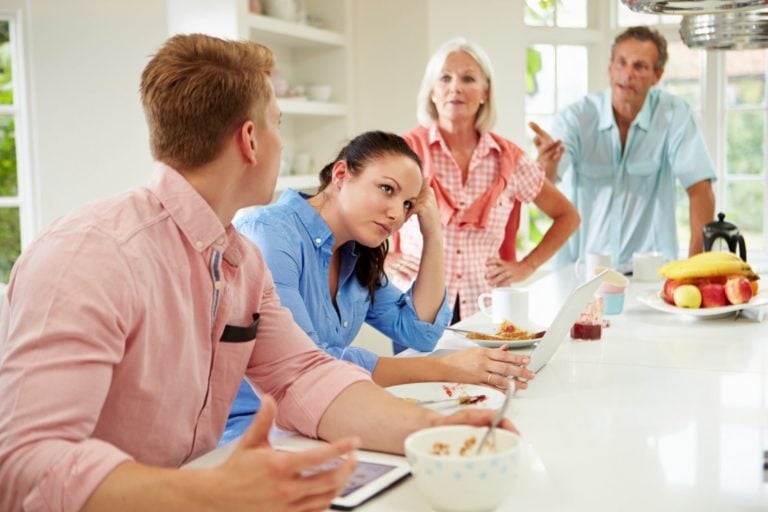