It is fascinating to realize that the brain is self-organizing with regard to cognition and movement as examples. But when it comes to emotions, there is widespread agreement that the self-organization of the developing brain occurs in the context of a relationship with another self, that is, another brain.

The other self is the primary caregiver of the infant and the child. For example, through interactions between mother and baby, there is what is termed an affective exchange—an exchange of emotions that are experienced by the child.

In other words, there is a social and emotional environment that enables the development of a psychological and biological system that will modulate or regulate emotional experiences. This refers to the regulation of emotions that may range from excitement to a state of calm.

Emotions can also be dysregulated. Examples are hyperactivity or hyperarousal that makes the child feel anxious or too ill at ease.

This socioemotional environment also affects the maturation of the structure of the brain in infancy and childhood. We are talking primarily about the corticolimbic system of the brain in the pre-frontal cortex, where emotions are centered.

Different age-appropriate emotional transactions between baby or child and mother result in the regulation of positive and negative emotions. There is evidence that if there is deprivation in these interactive emotional experiences, emotions may be inhibited, unregulated, and thus disruptive to the child’s everyday functioning.

Deprivation may be experienced if the infant is not responded to when he cries, gestures, or moves in a way that is meant to communicate a physical or emotional need. This deprivation affects not only emotional development but also the actual structural development of the infant’s brain and the internal state of mind.

Related: The Best Books about the Brain and Mind

During the first year of life, visual experiences are of tremendous importance. The mother’s expressions on her face are by far the most powerful visual stimulus in the infant’s world. The child’s intense interest in the mother’s face, especially in her eyes, leads him to track or interact with the movement of her eyes.

The baby engages in periods of intense mutual gaze with the mother. The baby’s gaze, in turn, evokes the mother’s gaze. This is the beginning of interpersonal influences of mother and baby on each other.

Bonding or Attachment of the Baby to the Mother is Neurobiological

As I emphasized above, vision is central to the primary attachment of the growing infant and mother. Attachment is not only behavioral but internal. Attachment pertains to building the nervous system of the infant.

When there is an ongoing transfer of affect or emotion between mother and infant, how is the infant’s growing brain influenced by these events?

These emotional interactions are mutually rewarding for the mother and baby. The mother’s face is like a mirror, that is, an emotional and biological mirror that reflects the baby’s aliveness affirming both partners.

An onlooker will observe what is called vitality affects in the baby during the interpersonal interactions. Vitality affects create a crescendo of emotions that communicate the baby’s rising and falling emotional states.

In fact, the major developmental task of the baby’s brain during the first year is dependent on these mother-baby interactions. The task is the evolution of the baby’s tolerance for varying levels of increasingly developing arousal or stimulation.

The dialogues between mother and baby that occur through emotional exchanges such as gazing, smiling, cooing, and any other visual and auditory communications result hopefully in more positive emotions rather than negative emotions.

The aim is for the mother or other primary caregiver to help generate and maintain pleasurable emotional states such as interest-excitement and enjoyment. These are positive affective emotional brain states.

Not only is the baby’s brain affected by her transactions with her mother, also understood as brain to brain interactions, but also the development of cerebral circuits or neurological growth.

Older brains engage in mental or psychological states of awareness, emotion, and interest in younger brains. This impacts the motivation of the infant and the feelings of the adult.

The Development of the Infant’s Right Hemisphere

It is the early maturing of the infant’s right hemisphere of her brain that dominates the child’s processing of visual emotional information such as recognition of the mother’s face and her expressions that arouse positive feelings in the baby or child. These are nonverbal communications.

The right cortex is known for its specific impact on early social experiences. The baby can experience the feeling of elation, for example, due to the brain to brain interaction between mother and baby.

The child actually uses the emotional regulating system of the mother’s right cortex to hardwire the circuits in his own right cortex. This hardwiring means the baby’s emotions are going to expand in quality and quantity.

Another way of explaining this remarkable phenomenon is that the parenting environment influences the infant’s neuronal connectivity in his brain that underlies behavior.

The mother’s face, for example, her expressions seen visually by the baby, trigger the biochemicals known as endorphins that are responsible for pleasure in social interactions, social emotions, and attachment. This is because they act directly on what is called subcortical reward centers of the infant’s brain.

More simply, the mother’s positive visual expression, such as smiling at her child, impacts the reward center of the child’s growing brain.

Imagine the mother smiling and gazing back at her baby when she smiles at her mother, rewarding the baby for this visual display. This is a brain to brain interaction that rewards the baby with pleasure.

At the end of the first year and the beginning of the second year, there are rapid changes in motor behavior as the brain matures, such as upright postures, such as sitting independently and standing as well as locomotion or early first independent steps leading to walking.

Now we meet the toddler who walks away from her mother until she reaches a distance where she needs to return because she wants to check and see if the mother is still there.

With facial cues from the mother instructed by her brain (looks of delight or caution, for example), this psychologically attuned mother is appraising her child’s internal state that may consist of excitement, fear, and caution as well.

The common term, being on the same wavelength with another, has its origins in biology and neurology. When the baby returns to the mother walking in her awkward and clumsy toddling way, there is an emotional experience of a reunion between mother and child that occurs due to their similar brain or bodily states. Again, I am speaking of the experience-dependent growth of the child’s developing brain.

The specific region called the amygdala in each cerebral hemisphere that supports continued emotional learning and arousal is slow-paced growth and highly vulnerable to environmental insults or stressors that take place in adulthood.

The amygdala is located above the brain stem and is part of the limbic system that regulates emotions, particularly fear and anger. It works along with the prefrontal cortex processing of thoughts and actions. Major connections to the amygdala come from the medial prefrontal cortex.

In adolescence, the development of the prefrontal cortex and the emotional limbic system are continuing to develop and are affected by environmental stressors. This continues in adulthood. Depressed adults, for example, show abnormally low activity in the prefrontal cortex.

An area of the brain called the ventromedial prefrontal cortex processes feelings of empathy, shame, compassion, and guilt in the adult. Damage to this part of the brain located in a region of the forehead results in a diminished capacity for social emotions while leaving logic intact.

The amygdala, prefrontal cortex and an area not yet mentioned, the hippocampus all affect emotions in the adult. They specifically regulate emotions and respond to fear. This has implications for trauma, such as the often noted post-traumatic stress disorder (PTSD).

When affected by PTSD, the amygdala becomes hyperactive. It is aroused way too much. This can result in heightened fear triggers and feelings of constant or chronic stress. It is much more difficult to calm down or sleep. The volume of the hippocampus in the limbic region may also become smaller. This relates to the fact that the hippocampus pertains to memories that, when activated, have an impact on present emotions and behavior.

Both of these regions of the brain affect emotions. The amygdala responds to or recognizes threat and sends a message of alarm. The prefrontal cortex reacts whether there is actually a real threat or an imagined threat.

Early life parental stress can loosen that connection. This sets up a pattern of strained reactions to stress with anxiety in later life due to this lower connectivity.

Thus, we see the correspondence between brain development pertaining to emotions that begin in infancy and slowly progress into adolescence and adulthood.

Very early stressors in the mother-baby brain to brain interactions thus can have long term effects that sensitize the adolescent and then adult brain when feelings of threat are experienced.

Furthermore, severe stressors in adolescence and adulthood aggravate this tendency that can be rooted early on. However, even without the early stressors, later emotional stressors, especially when they are severe, can also affect the connectivity between the emotional and logical areas of the brain.

With increased anxiety, logical or rational thought is more difficult precisely because the connectivity of the emotional areas of the brain and the logical executive functions of the brain are weakened.

Related: How to Help Your Child With Anxiety

Reference: Shore, A., 2003, Affect Dysregulation and Disorders of the Self, Norton & Co., New York. 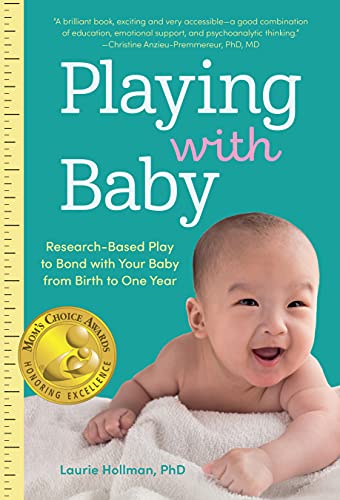 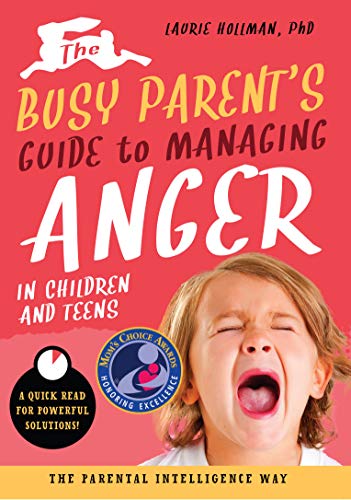 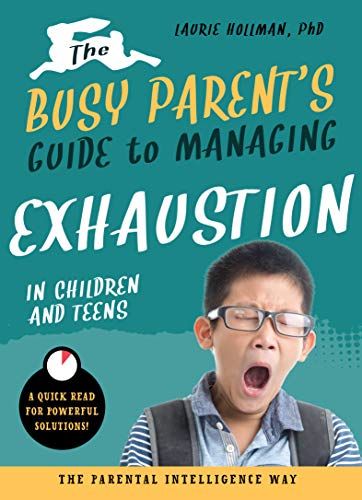 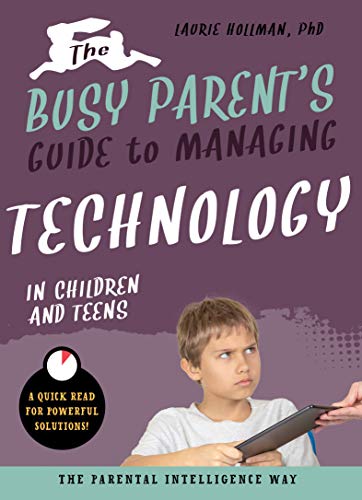 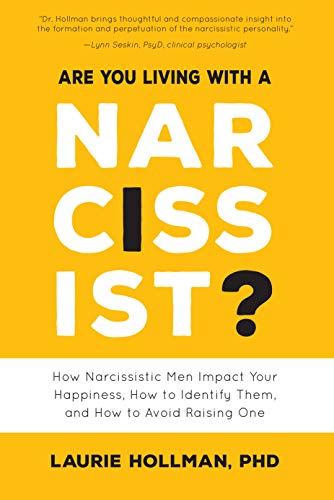 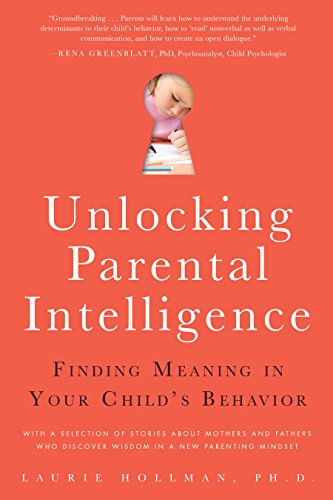 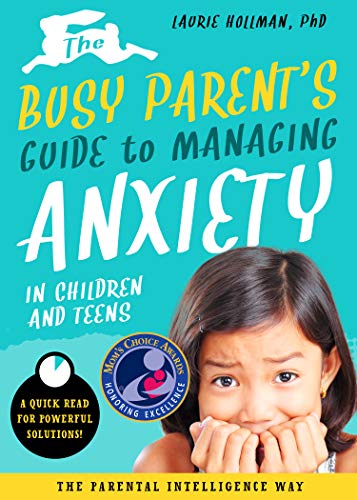