Why is influence a significant interpersonal skill? Because we are influencing each other all the time.

Most times, though we don’t even realize that we are doing it, and sometimes with devastating unintended consequences.

Improve your interpersonal skills by learning the art of influencing people because if you want positive results you can’t get there with random behaviors and actions.

By a simple definition, influence is the capacity to move people from the point A to the point B; it is the ability to be a contributing factor in the development, the behaviors or the character of other people.

How is influence different compared to manipulation?

Why is mastering the skill of influence a positive interpersonal skill?

The difference between influence and manipulation.

The biggest differences between influence and manipulation are the journey you’re asking people to take from the point A to point B, plus how do they feel and what is the result for both parties when they get there.

Manipulation is a forceful act because it is pushing people to do things that they don’t want to do. Manipulation is dishonest, and the manipulator has no regard for the interest, the well-being or the feelings of the other party involved.

Influence, by contrast, is a gentle way of guiding people on the journey from where they are today to where you want them to be tomorrow, keeping their interest, well-being and feeling in high regard. Plus the desired outcome is always a win/win type of outcome.

A good teacher, on the other hand, is that person who has inspired you towards your success. You are proud to have been his student. You are always happy to see this person, and you’re taking his advice with confidence.

Why is mastering the skill of influence a positive interpersonal skill?

Mastering the art of influence as a part of your interpersonal skills makes you be the “good teacher.” People are pride to know you. People are willing and happy to follow you because they admire you, they see you as a positive tool in their lives, they perceive you as a good person, the person to listen.

What are the rewards (for you) for mastering the skill of influencing people?

You have the knowledge of how to: 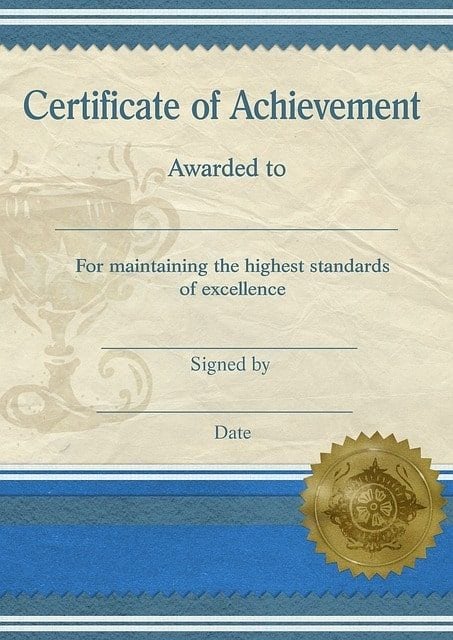 Developing your power to influence people helps you to move forward, to become a leader; first, in your day to day life and second, in your work environment.

The 3 secrets to building your power of influence, to be efficient and effective in influencing people.

The secret #1 Be flexible

Being flexible means to understand that each individual has a unique perspective and experience about things. What could seem obvious to you, could be very different for the next person.

Being flexible enriches your world with the views and experiences of other people.

Plus, people consider you a great person to have an interaction, to have relationships, to do business, to have a conversation.

Not everybody knows what you know, not everybody sees the situation in the same way. More than that, sometimes we take our perspective for granted and expect people to know what we think, need or desire.

People see only their own reality, and when you want to influence someone, you need to be flexible enough to allow people to have their reality and to go towards your desired outcome starting from combining their reality and yours.

Allowing people to present and have their perspective is like having a co-pilot when driving. Two pairs of eyes will always see the road and the possible dangers ahead better, right?

Remember: to be effective and efficient to influence people, be flexible.

The first way to built trust is: be honest.

There can’t be influence without trust.

When you know how to influence people, you become a leader.
People follow only the people that they can trust. And this is why influence is not possible without building trust.

Being dishonest is like stepping on poop. At first, you panic: “Everybody will know it. They can see it on my shoe.”

Then you are wiping it off your shoe, and you think “I’m okay now” but you’re not fine until you wash off the poop altogether because, even though no one can see it, everybody can smell it.

Say it as it is. Be honest and this will bring you the trust of people.

The second way to build trust is to allow yourself to be vulnerable sometimes, to show your imperfections.

Allowing yourself to be vulnerable and showing your imperfection is not just about building trust with people, but also, people want to have you around because your imperfections and vulnerabilities leave them a place around you. People feel useful and people “feel” you as being like they are: perfectly imperfect.

Another plus to allowing yourself to be vulnerable and showing your imperfections is that these two things are making you more flexible. You can accept easier when you’ve been wrong; you are keeping an open mind to change, and you learn to use other people’s experiences.

There is no need for you to test the poisonous mushroom, someone tried it before, and you know that people are dying from it.

So, allow yourself to be perfectly imperfect and people will reward you with their trust.

The third way to build trust is to start every interaction with a desire for a win/win outcome.

You can’t trust somebody that always wants to be on top and wants to win no matter what. Can you?

Life is not a competition; life is the perfect place to collaborate with each other.

“Survival of the fittest” how many times have you heard this statement? I heard it a lot.

It could be some truth in it if we redefine “the fittest” to suit the world as is today:

The fittest, the survival is that person who knows how to collaborate.

It’s that person who understands that every person needs to be selfish first and altruistic second.
Aiming for a win/win outcome means to be selfish in an altruistic way. This is like saying: “tell me what’s your interest so I can fit my interest in there too.”

For example, two horses will take the carriage much further away than a horse and a dog. Is it not?

Remember, build trust with people by:

first – be honest
second – allow yourself to be vulnerable and show imperfections
and third – collaborate and get a win/win type of outcome.

And now, going further with the building blocks of becoming an influential person, we go to

Do you know the Tv series “Monk”?

Monk, a detective, is called to a crime scene in a park in the early hours of the morning.
“The victim is a woman; she was killed somewhere between midnight and 2 am.” the M.E. said.
Monk: “What was she doing alone in the park in the middle of the night?”
“She was probably doing the oldest occupation in the world” someone replayed.
Monk: “Really?! She was a carpenter?!”

In a nutshell, this is an example of how to start your interactions with a nonjudgmental attitude, expect positive things from people and help them bring out the best in them.

Willingly or not, we all judge. It’s in our nature.

Some of us are more judgemental and some of us less, but we all have a dose of being judgemental.

So why do we judge other people? What makes us feel entitled to judge?

Why do we judge other people?

When the Pandora’s box was open, everything got out, everything except one thing: which is hope! And hope is one of the reasons why we judge people.

Another reason we judge is our sense of guilt. This guilt I’m talking about is somewhat the negative butterfly effect. We feel guilty for things that have nothing to do with us, with our actions or behaviors. We have this idea that something minor that we did or did not do, contributed somehow to the big negative event that happened.

At the intellectual level we know we have no fault when something bad happens that is not caused by us, yet at the emotional level, we feel guilty because we are a part of this big collective which is the human race. Therefore, we feel responsible for each individual of this big collective.
And because we don’t understand where this sense of guilt is coming from, we are washing it off by judging.

And sometimes we judge because it makes us feel like the bad event never happened.

So, these are the main reasons why we judge and now that you know about them, you have the opportunity of judging people less and influence them more.

Two of the people that become successful at what they are doing because they don’t judge are Oprah Winfrey and Louis Theroux.

I guess almost everybody knows who Oprah Winfrey is, but fewer people know about Louis Theroux, and I will tell you who he is in a minute. Yet, let’s talk about Oprah Winfrey first.

I was very curious how come Oprah become known, successful and liked because she started her life with almost everything against her.

If you look at her life before entering the Tv world, her past will have predicted she will fail in life like so many other people failed in similar circumstances. 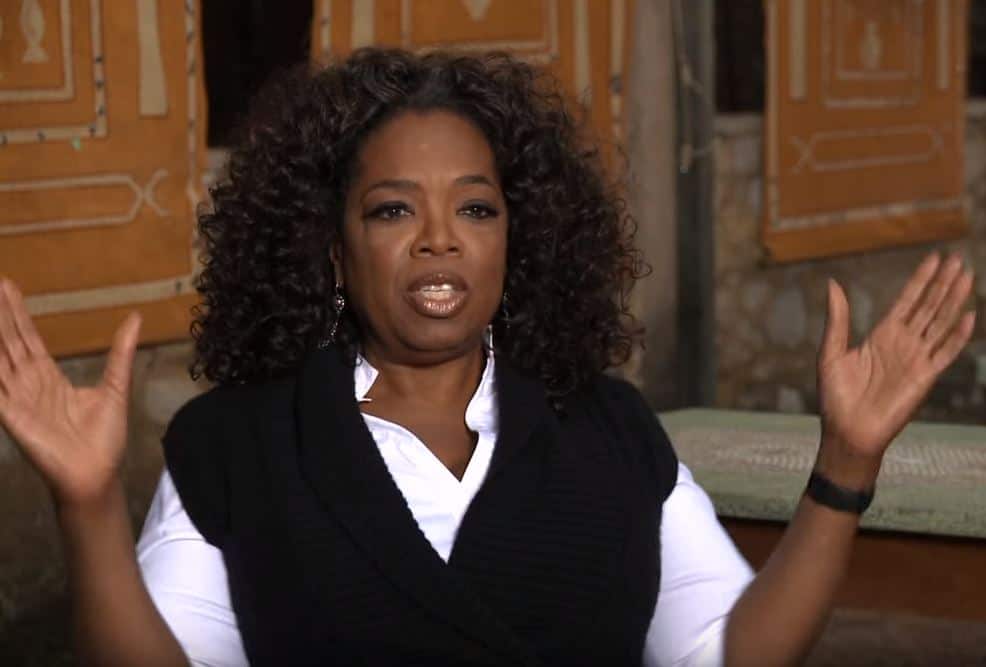 So, what makes her different? What is so special about her that got her to be the person she is today? How did she end up to be successful and influential?

I wanted to know the answer to these questions, and I’ve studied her.

I’ve discovered that the most important quality she has is that she doesn’t judge people. She asks questions with curiosity, with an open mind. She doesn’t have preconceived ideas and expectations about where people will take her with their answers. She takes and accepts people as they are with no judgment.

I’m pretty sure she is judging people sometimes as we all do, after all, it is the human nature; but she doesn’t let that known and because of it, it is not just her guest that feels comfortable talking to her, but her audience feels comfortable too.

And now let’s talk about Louis Theroux. He is a writer, a tv producer, and a filmmaker. He is best known for a series of documentaries he made for The BBC. 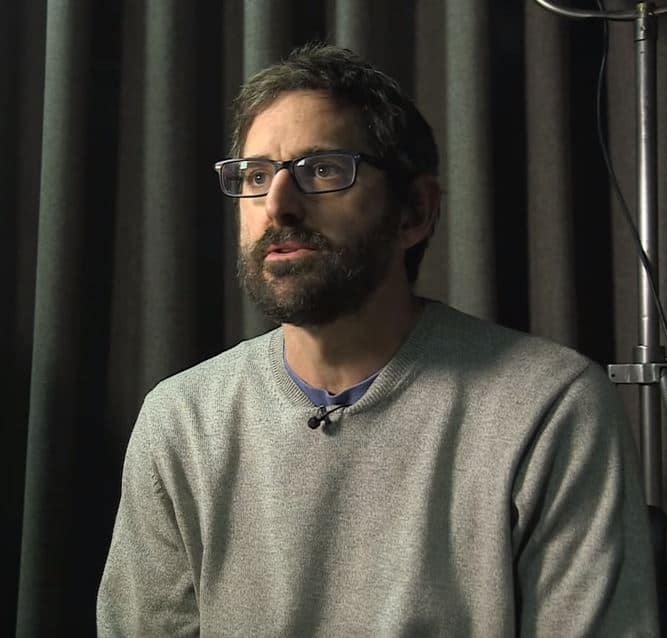 When I saw the first time one of his documentaries, I was shocked and amazed.

Compared to Oprah who has a lot of staff and security personnel, Louis is alone with his filming crew asking very inconvenient and provoking question to not so peaceful people; Yet, almost no one gets upset with him. How is this possible?

I wanted to know what’s his secret. How can he influence these difficult people with such ease?
What spell does he have on them?

Luckily for us, he has no spell on people which means we can do it too. It’s not so much what he’s doing, but rather what he’s not doing: he’s not judgemental.

Even though he has some very daring questions, his questions are not judgemental.

Studying Louis Theroux and other highly influential people I’ve noticed that this secret “don’t judge” has two secrets of his own: 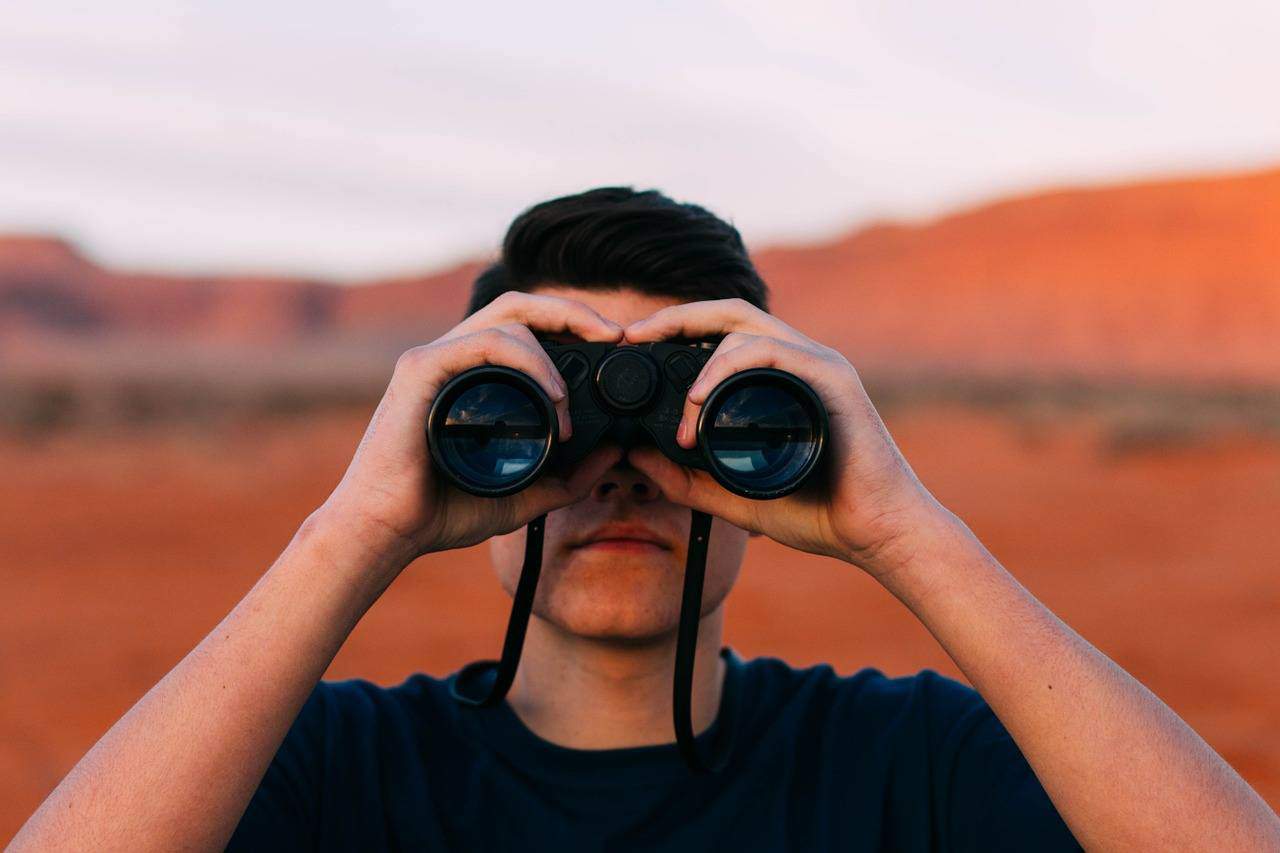 People perceive them as being innocent and not threatening. More than that, people see these two states of being as basic needs that must be satisfied.

Not satisfying one’s curiosity or naivety is, for most people, the equivalent of letting someone bleed on the street and do nothing about it. It’s that powerful!

“Why would you ask such a question?!” someone would say infuriated to an inconvenient question. If the answer is: “Ah, I was just curious” you will notice that the anger disappears instantly.

Showing curiosity and naivety instead of being judgemental will serve you in the following ways:

Upgrade, improve and discover more about interpersonal skills by checking