Loyalty is one of the many qualities we look for in a friend, a lover, or even a pet. Since having one means they will stick with you no matter what. However, finding a person who is loyal towards you can be hard. Like respect, loyalty is earned, not bought.

One of the most extraordinary examples of loyalty is Hachiko. Owned by Hidesaburo Ueno, the Japanese Akita dog’s commitment spanned for years even after Ueno’s death. At the end of each passing day, Hachiko would meet Ueno at Shibuya Station. For almost a decade since his owner’s death, Hachiko would go to the station every day to wait for his master’s return.

Here are some of the best loyalty quotes to remind you of the importance of this remarkable trait.

1. “My honor is my loyalty.” — Heinrich Himmler 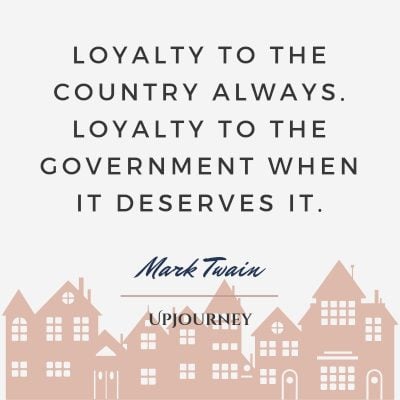 3. “Few people have ever seriously wished to be exclusively rational. The good life which most desire is a life warmed by passions and touched with that ceremonial grace which is impossible without some affectionate loyalty to traditional form and ceremonies.” — Joseph Wood Krutch

4. “The test of good citizenship is loyalty to country.” — Bainbridge Colby

5. “Trust is a big word for me. Loyalty and trust, for me, are everything. It’s the core of what I’m about and what the people around me hopefully are about. It’s a certain thing that gives you a sense of security. It’s the biggest factor in everything I do.” — Tommy Mottola

6. “Loyalty and friendship, which is to me the same, created all the wealth that I’ve ever thought I’d have.” — Ernie Banks

7. “Socialism appeals to better classes and has far more strength. Attack the state and you excite feelings of loyalty even among the disaffected classes; but attack the industrial system and appeal to the state, and you may have loyalty in your favor.” — John Bates Clark

8. “Every society rests in the last resort on the recognition of common principles and common ideals, and if it makes no moral or spiritual appeal to the loyalty of its members, it must inevitably fall to pieces.” — Christopher Dawson

9. “All of us should have free choice when it comes to patriotic displays… a government wisely acting within its bounds will earn loyalty and respect from its citizens. A government dare not demand the same.” — Jesse Ventura

10. “It’s unfortunate that you don’t see the loyalty from management to players and players to management like we used to see in the old days.” — Kevin Johnson

11. “He felt the loyalty we feel to unhappiness – the sense that is where we really belong.” — Graham Greene

12. “A boy can learn a lot from a dog: obedience, loyalty, and the importance of turning around three times before lying down.” — Robert Benchley 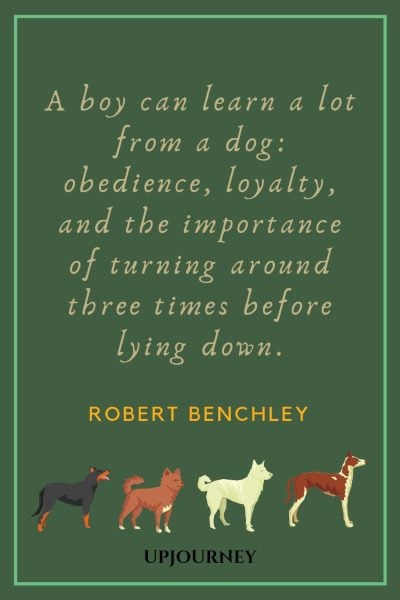 13. “No more duty can be urged upon those who are entering the great theater of life than simple loyalty to their best convictions.” — Edwin Hubbel Chapin

14. “Loyalty will not permit envy, hate, and uncharitableness to creep into our public thinking.” — Bainbridge Colby

15. “As much as I liked and admired the various members of the Kennedy family, my first loyalty was to Jackie.” — Pierre Salinger

16. “A person who deserves my loyalty receives it.” — Joyce Maynard

17. “It seems we are capable of immense love and loyalty, and as capable of deceit and atrocity. It’s probably this shocking ambivalence that makes us unique.” — John Scott

19. “Love is friendship that has caught fire. It is quiet understanding, mutual confidence, sharing and forgiving. It is loyalty through good and bad times. It settles for less than perfection and makes allowances for human weaknesses.” — Ann Landers

20. “You will reciprocally promise love, loyalty and matrimonial honesty. We only want for you this day that these words constitute the principle of your entire life and that with the help of divine grace you will observe these solemn vows that today, before God, you formulate.” — Pope John Paul II

21. “I learned from Mr. Wrigley, early in my career, that loyalty wins and it creates friendships. I saw it work for him in his business.” — Ernie Banks

22. “The only honest reaction and true loyalty we get is from our animals. Once they’re your friends, you can do no wrong.” — Dick Van Patten 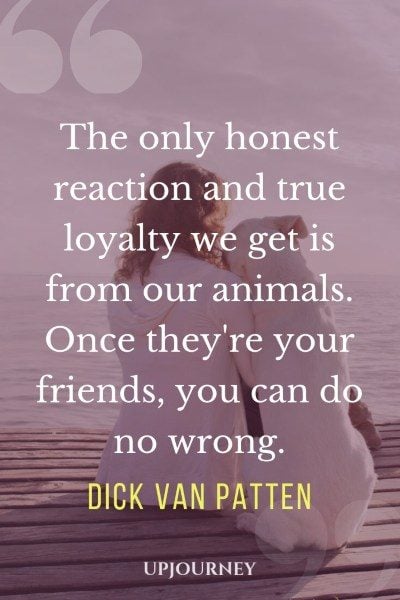 23. “Religion united its influence with those of loyalty and love, and the order of knighthood, endowed with all the sanctity and religious awe that attended the priesthood, became an object of ambition to the greatest sovereigns.” — Thomas Bulfinch

24. “War springs from the love and loyalty which should be offered to God being applied to some God substitute, one of the most dangerous being nationalism.” — Robert Runcie

25. “The first tenet is that you should report corruption regardless of loyalty to incumbent or party.” — Linda Tripp

26. “We must not confuse dissent with disloyalty. When the loyal opposition dies, I think the soul of America dies with it.” — Edward R. Murrow

27. “I think a good friend, to me, is all about trust and loyalty. You don’t ever want to second-guess whether you can tell your friend something.” — Lauren Conrad

28. “In the Olympic Oath, I ask for only one thing: sporting loyalty.” — Pierre de Coubertin

29. “Confidentiality is a virtue of the loyal, as loyalty is the virtue of faithfulness.” — Edwin Louis Cole

30. “Total loyalty is possible only when fidelity is emptied of all concrete content, from which changes of mind might naturally arise.” — Hannah Arendt

31. “Loyalty of the law-making power to the executive power was one of the dangers the political fathers foretold.” — Garet Garrett

32. “If anybody doubts my loyalty to my country, I’ll punch him in the nose, and I don’t care how old he is.” — William Wyler 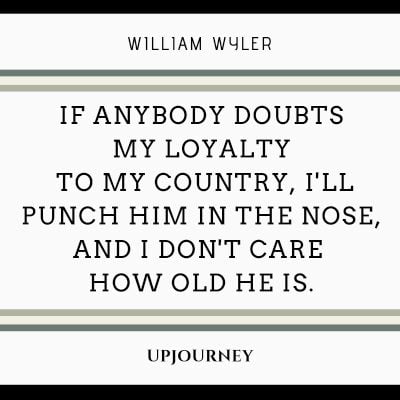 33. “The relationship between a military working dog and a military dog handler is about as close as a man and a dog can become. You see this loyalty, the devotion, unlike any other and the protectiveness.” — Robert Crais

34. “I have a loyalty that runs in my bloodstream, when I lock into someone or something, you can’t get me away from it because I commit that thoroughly. That’s in friendship, that’s a deal, that’s a commitment. Don’t give me paper – I can get the same lawyer who drew it up to break it. But if you shake my hand, that’s for life.” — Jerry Lewis

35. “Americanism demands loyalty to the teacher and respect for his lesson.” — Bainbridge Colby

37. “Within the hearts men, loyalty and consideration are esteemed greater than success.” — Bryant H. McGill

38. “Patriotism is voluntary. It is a feeling of loyalty and allegiance that is the result of knowledge and belief. A patriot shows their their patriotism through their actions, by their choice.” — Jesse Ventura

39. “And one cannot discharge the duty of loyalty without the patient and an open minded study of the institution that marked the country and defined its character.” — Bainbridge Colby

40. “I think the President inspires tremendous affection and loyalty by a wide range of people.” — Kenneth Starr

41. “Today we often think that before we start living a religious life we have first to accept the credal doctrines and that before one can have any comprehension of the loyalty and trust of faith, one must first force one’s mind to accept a host of incomprehensible doctrines. But this is to put the cart before the horse.” — Karen Armstrong

42. “Among those who share a throne, there can be no loyalty; Dominion’s ever impatient consort.” — Marcus Annaeus Lucan 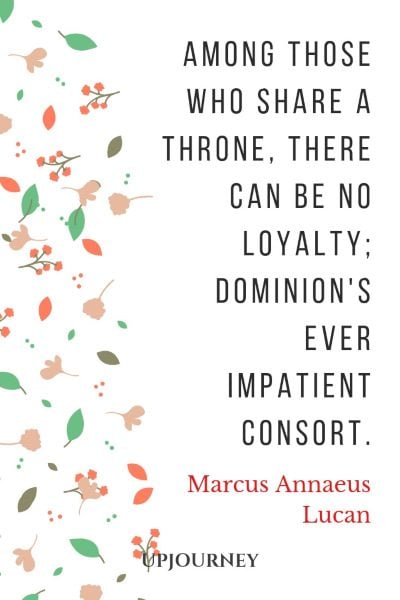 43. “The loyalty rate isn’t that high. I could have a big hit, then put out the next single, and they say, Oh yeah, who are you? Prove it again.” — Lenny Kravitz

44. “Call it loyalty, call it what you want, but I suppose I’ve got people up here who I’m really tight with, we’ve made a lot of great bonds over the last few years and I’ve got people in my corner I can trust.” Jonathan Brown

45. “In the 1950s we use to feel that television was taking away our comic readership; with today’s exciting, powerfully visual movies I have to wonder about their effect on the kids’ loyalty to the comic book medium all over again.” — Joe Simon

46. “If having a soul means being able to feel love and loyalty and gratitude, then animals are better off than a lot of humans.” — James Herriot

47. “I’ve seen people that don’t treat their animals well and yet their animals are still just as loving to them even though they’re not treated that well. It’s very hard to find that kind of loyalty and love and affection in human beings.” — Dick Van Patten

48. “Loyalty to petrified opinion never yet broke a chain or freed a human soul.” — Mark Twain

49. “Committing genocide on behalf of an institution generates greater loyalty to it than merely getting people fired from their jobs on its behalf.” — John McCarthy

50. “Through loyalty to the past, our mind refuses to realize that tomorrow’s joy is possible only if today’s makes way for it; that each wave owes the beauty of its line only to the withdrawal of the preceding one.” — Andre Gide

51. “There can be a true grandeur in any degree of submissiveness, because it springs from loyalty to the laws and to an oath, and not from baseness of soul.” — Simone Weil

52. “Soldiers, when committed to a task, can’t compromise. It’s unrelenting devotion to the standards of duty and courage, absolute loyalty to others, not letting the task go until it’s been done.” — John Keegan 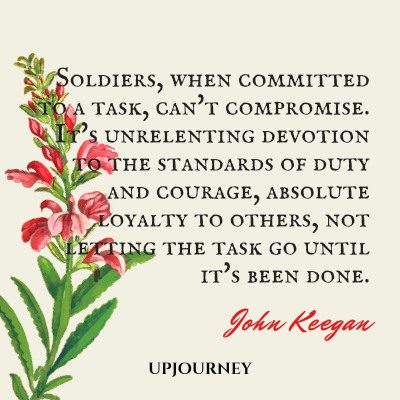 53. “Success is the result of perfection, hard work, learning from failure, loyalty, and persistence.” — Colin Powell

55. “Without a common loyalty to either a state or a church they have nevertheless a vast deal in common.” — Emily Greene Balch

56. “I still owe a duty of loyalty to my clients and former clients, so I cannot specify which clients I did not especially find congenial, but the cause was the same.” — Floyd Abrams

59. “What you can’t buy is the loyalty that comes through our dedicated crew members.” — David Neeleman

60. “There are diverse men who make a great show of loyalty, and pretend to such discretion in the hidden things they hear, that at the end folk come to put faith in them.” — Marie de France

61. “I have only one loyalty – to my writing. I never wanted to be the head of a studio or a producer.” — Joe Eszterhas

62. “I look for these qualities and characteristics in people. Honesty is number one, respect, and absolutely the third would have to be loyalty.” — Summer Altice 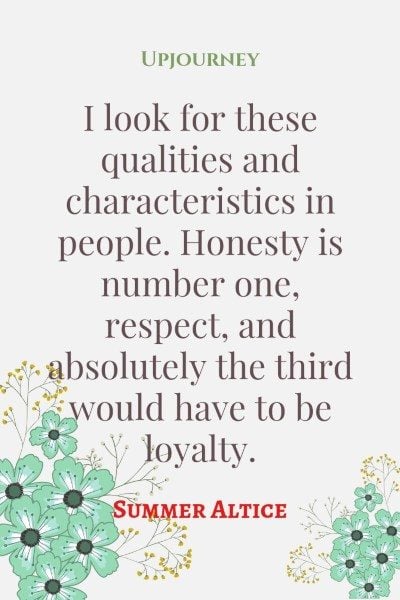 63. “The higher American patriotism, on the other hand, combines loyalty to historical tradition and precedent with the imaginative projection of an ideal national Promise.” — Herbert Croly

64. “A man’s country is not a certain area of land, of mountains, rivers, and woods, but it is a principle and patriotism is loyalty to that principle.” — George William Curtis

65. “An intelligent and conscientious opposition is a part of loyalty to country.” — Bainbridge Colby

67. “For above all things Love means sweetness, and truth, and measure; yea, loyalty to the loved one and to your word. And because of this I dare not meddle with so high a matter.” — Marie de France

68. “I felt that a number of people might have questioned my loyalty, but I continue to be a patriotic American.” — Kareem Abdul-Jabbar

69. “What makes a woman beautiful is her loyalty to and her friendships with other women, and her honesty with men.” — Vanessa Marcil

70. “The ability of players to jump teams when their contracts are up has hurt fan loyalty.” — Will McDonough

71. “A person is born with feelings of envy and hate. If he gives way to them, they will lead him to violence and crime, and any sense of loyalty and good faith will be abandoned.” — Xun Zi

72. “Loyalty is a fine quality, but in excess it fills political graveyards.” — Neil Kinnock 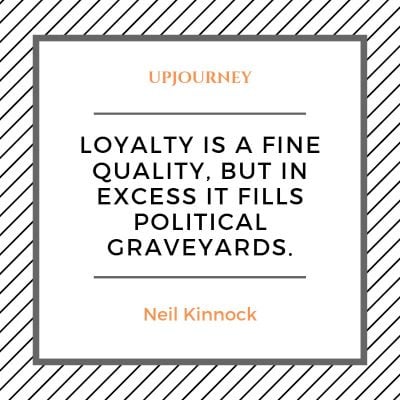 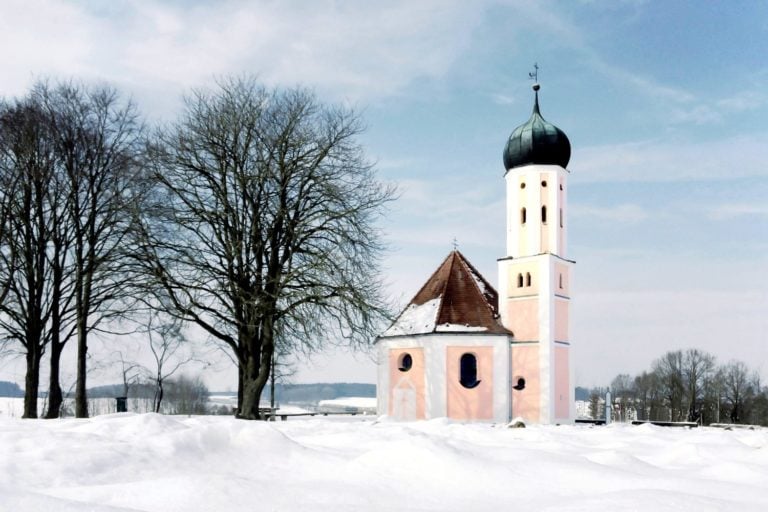 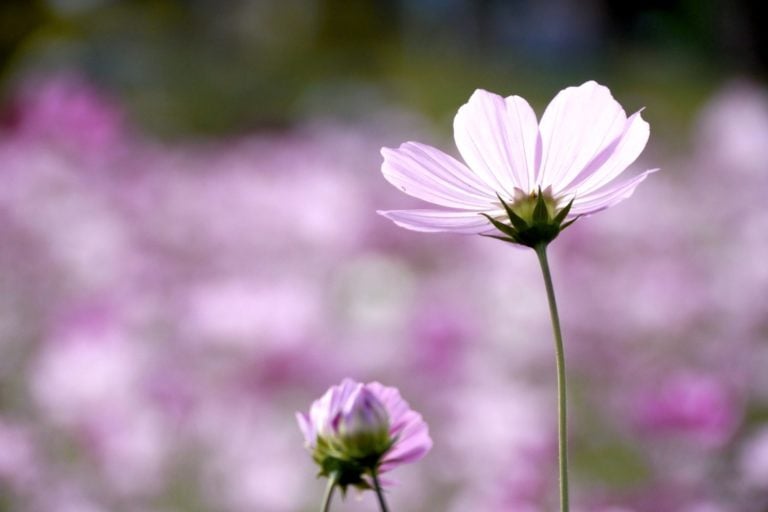 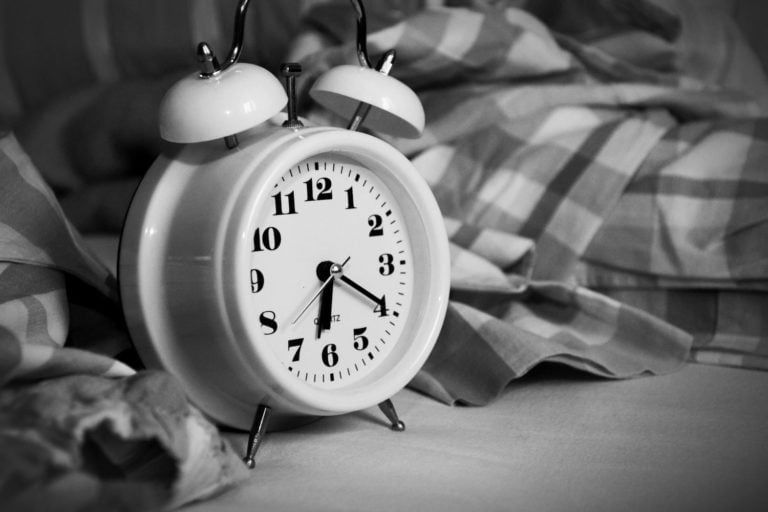 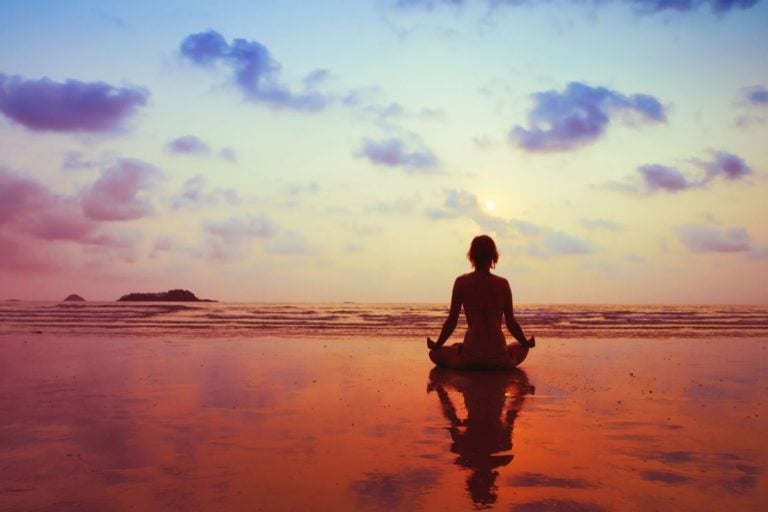 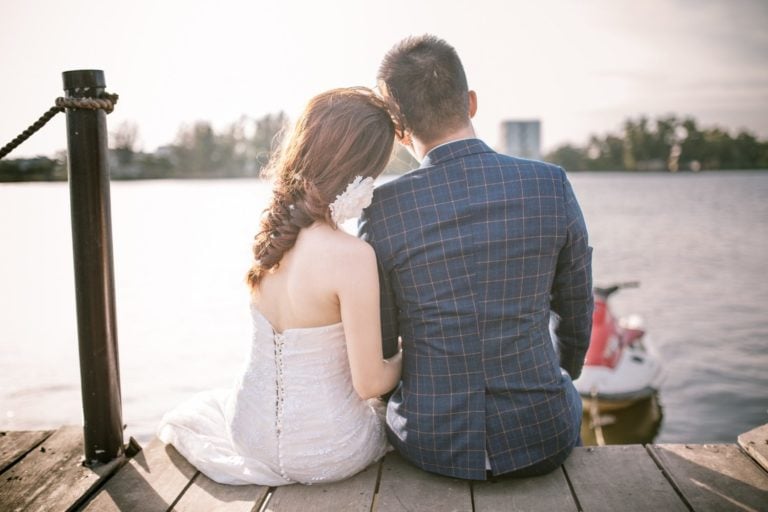 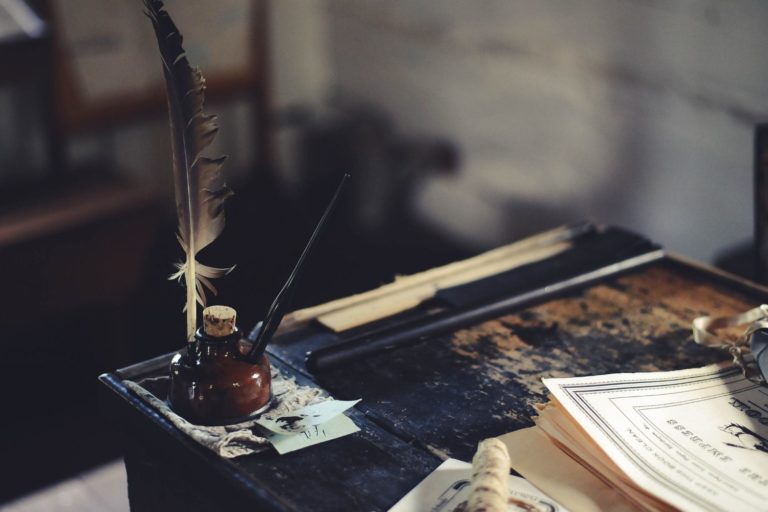