Once wronged, many seek revenge to make themselves feel better. Studies reveal that revenge is a human impulse to release hatred and anger. However, there are times when the path towards vengeance can eat you up and stray you from your moral compass.

We have listed some of the most insightful revenge quotes and sayings that may help you see that the path of revenge isn’t always the answer.

1. “Revenge only engenders violence, not clarity and true peace. I think liberation must come from within.” ― Sandra Cisneros 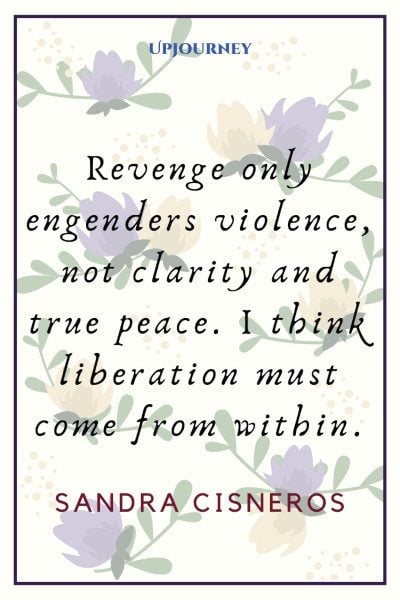 2. “Revenge is often like biting a dog because the dog bit you.” ― Austin O’Malley

3. “I choose not to give energy to the emotions of revenge, hatred or the desire to subjugate.” ― Rosanne Cash

4. “There are minds so impatient of inferiority that their gratitude is a species of revenge, and they return benefits, not because recompense is a pleasure, but because obligation is a pain.” ― Samuel Johnson

5. “Violence is almost an everyday occurrence in some Muslim lands: it should not be exacerbated by revenge attacks on more innocent families and communities.” ― Cat Stevens

6. “Our trouble is that we drink too much tea. I see in this the slow revenge of the Orient, which has diverted the Yellow River down our throats.” ― J. B. Priestley

8. “It is a revenge the devil sometimes takes upon the virtuous, that he entraps them by the force of the very passion they have suppressed and think themselves superior to.” ― George Santayana

9. “Life being what it is, one dreams of revenge.” ― Paul Gauguin

10. “Revenge is the naked idol of the worship of a semi-barbarous age.” ― Percy Bysshe Shelley

11. “Wit as an instrument of revenge is as infamous as art is as a means of sensual titillation.” ― Karl Wilhelm Friedrich Schlegel 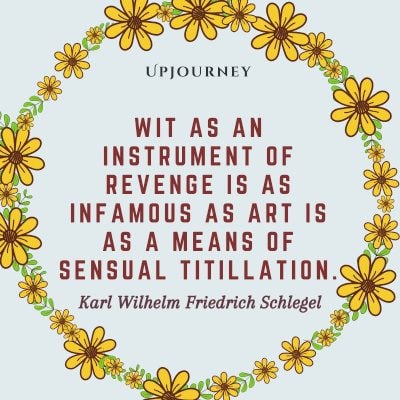 12. “To take revenge halfheartedly is to court disaster; either condemn or crown your hatred.” ― Pierre Corneille

13. “Revenge is sweet and not fattening.” ― Alfred Hitchcock

14. “Men are more prone to revenge injuries than to requite kindness.” ― Thomas Fuller

15. “The intrusions of the white race and the non- compliance with treaty obligations have been followed by atrocities that could alone satisfy a savage and revengeful spirit.” ― Nelson A. Miles

17. “Revenge is not always sweet, once it is consummated we feel inferior to our victim.” ― Emile M. Cioran

18. “Most action is based on redemption and revenge, and that’s a formula. Moby Dick was formula. It’s how you get to the conclusion that makes it interesting.” ― Sylvester Stallone

19. “Revenge is an act of passion; vengeance of justice. Injuries are revenged; crimes are avenged.” ― Samuel Johnson

21. “Revenge is not a positive state of mind or energy to indulge your self in.” ― Michael K. Williams 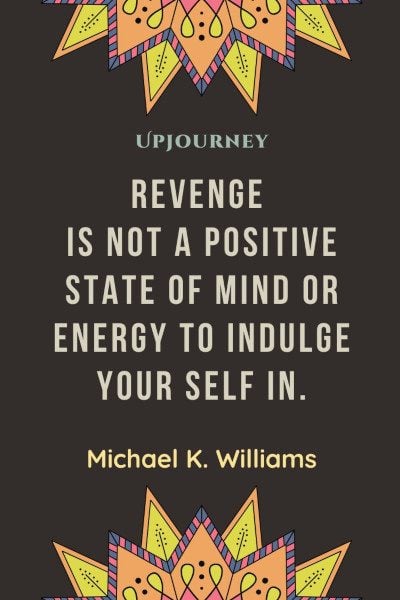 22. “Interpretation is the revenge of the intellectual upon art.” ― Susan Sontag

24. “Evil is always devising more corrosive misery through man’s restless need to exact revenge out of his hate.” ― Ralph Steadman

29. “It was all about wanting to get revenge. Pathetic, really, but it still is the motivation.” ― Julian Clary

30. “He that studieth revenge keepeth his own wounds green, which otherwise would heal and do well.” ― John Milton

31. “The best revenge is to be unlike him who performed the injury.” ― Marcus Aurelius 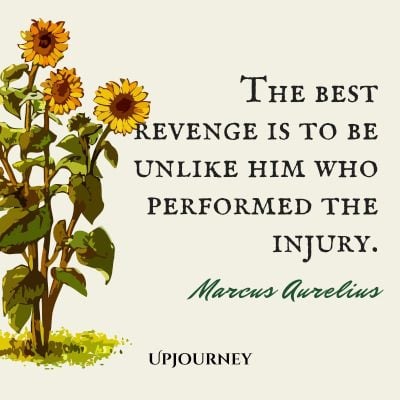 32. “Lust is to the other passions what the nervous fluid is to life; it supports them all, lends strength to them all ambition, cruelty, avarice, revenge, are all founded on lust.” ― Marquis de Sade

33. “Some wars have been due to the lust of rulers for power and glory, or to revenge to wipe out the humiliation of a former defeat.” ― John Boyd Orr

35. “Men should be either treated generously or destroyed, because they take revenge for slight injuries – for heavy ones they cannot.” ― Niccolo Machiavelli

36. “Man must evolve for all human conflict a method which rejects revenge, aggression and retaliation. The foundation of such a method is love.” ― Martin Luther King, Jr.

37. “I don’t have the feeling of being motivated by anger, revenge or frustration.” ― Agnes Obel

38. “The best revenge is to live on and prove yourself.” ― Eddie Vedder

39. “Revenge is a kind of wild justice, which the more a man’s nature runs to, the more ought law to weed it out.” ― Francis Bacon

41. “Virtuous people often revenge themselves for the constraints to which they submit by the boredom which they inspire.” ― Confucius 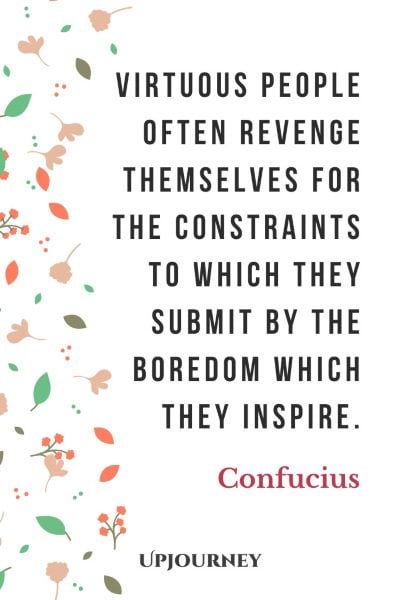 43. “The weapon of suicide bombing is so desperate that you aren’t even left with the possibility of taking revenge or punishing anyone; the terrorist is killed along with his victims, his blood mixing with theirs.” ― A. B. Yehoshua

44. “Meekness: Uncommon patience in planning a revenge that is worth while.” ―Ambrose Bierce

45. “To refrain from imitation is the best revenge.” ― Marcus Aurelius

46. “Revenge… is like a rolling stone, which, when a man hath forced up a hill, will return upon him with a greater violence, and break those bones whose sinews gave it motion.” ― Albert Schweitzer

47. “May we not succumb to thoughts of violence and revenge today, but rather to thoughts of mercy and compassion. We are to love our enemies that they might be returned to their right minds.” ― Marianne Williamson

48. “When a man steals your wife, there is no better revenge than to let him keep her.” ― Sacha Guitry

49. “Revenge is a way of life and definitely some thing that we identify with. We all feel cheated in some way about some thing and how nice it would be to do something about it. I mean ultimately it’s not the most Christian of sentiments.” ― Radha Mitchell

50. “Those wars are unjust which are undertaken without provocation. For only a war waged for revenge or defense can be just.” ― Marcus Tullius Cicero

51. “To be angry is to revenge the faults of others on ourselves.” ― Alexander Pope 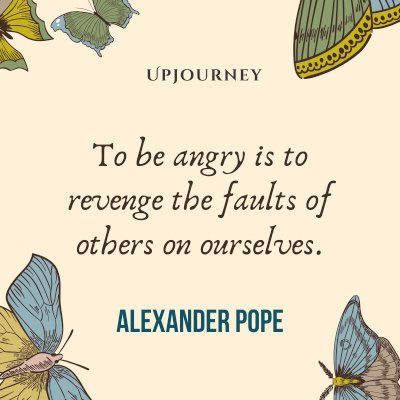 52. “If you prick us do we not bleed? If you tickle us do we not laugh? If you poison us do we not die? And if you wrong us shall we not revenge?” ― William Shakespeare

53. “In taking revenge, a man is but even with his enemy; but in passing it over, he is superior.” ― Francis Bacon

54. “I think to a certain extent in Bosnia and among the Hutus in Rwanda and also among the Tutsis in Rwanda who then took revenge on the Hutus, there is a sense of being swept up and a sense that the society in which they live has gone mad.” ― John Pomfret

55. “The people who influenced me most were the people who said I would never make it. They gave me a thirst for revenge.” ― Colin Mochrie

56. “It is impossible to suffer without making someone pay for it; every complaint already contains revenge.” ― Friedrich Nietzsche

57. “Punishment is not for revenge, but to lessen crime and reform the criminal.” ― Elizabeth Fry

58. “Expelled from individual consciousness by the rush of change, history finds its revenge by stamping the collective unconsciousness with habits and values.” ― Arthur M. Schlesinger

59. “Serial killing is not about sex at all, but about power and control and revenge on society.” ― Pat Brown

60. “Revenge is barren of itself: it is the dreadful food it feeds on; its delight is murder, and its end is despair.” ― Friedrich Schiller

61. “Never does the human soul appear so strong as when it foregoes revenge and dares to forgive an injury.” ― Edwin Hubbel Chapin 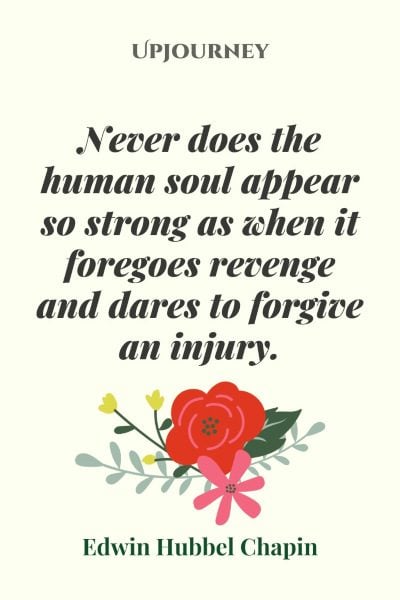 62. “I felt so painfully isolated that I vowed I would get revenge on the world by becoming a famous cartoonist.” ― Robert Crumb

64. “For me the greatest revenge of all is having a happy adulthood, waking up in my gorgeous turquoise bedroom in the morning beside a person who really inspires me. That’s the best revenge a girl-loving girl from the Bible belt could possibly have. And, importantly, it’s healthy.” ― Beth Ditto

65. “There is no revenge so complete as forgiveness.” ― Josh Billings

66. “Our revenge will be the laughter of our children.” ― Bobby Sands

67. “The earth we abuse and the living things we kill will, in the end, take their revenge; for in exploiting their presence we are diminishing our future.” ― Marya Mannes

68. “No trait is more justified than revenge in the right time and place.” ― Meir Kahane

69. “While seeking revenge, dig two graves – one for yourself.” ― Douglas Horton

70. “I can’t let my mother’s death have been in vain. Democracy is the best revenge, and we will have it.” ― Bilawal Bhutto Zardari

71. “Any story about revenge is ultimately a story about forgiveness, redemption, or the futility of revenge.” ― Nick Wechsler 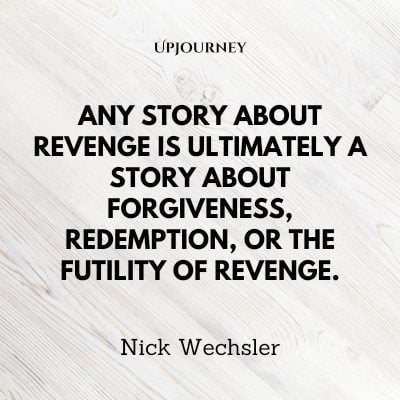 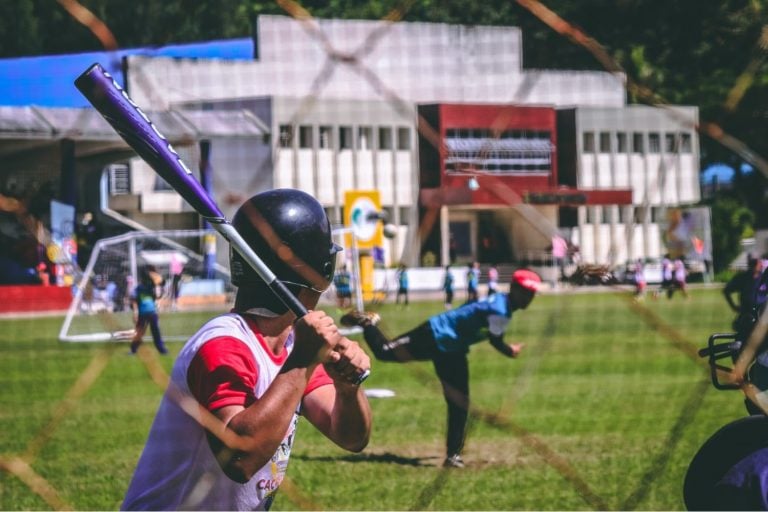 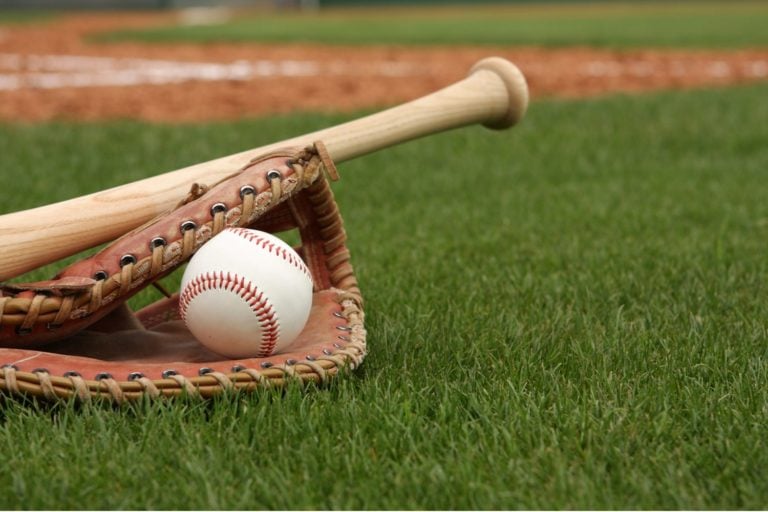 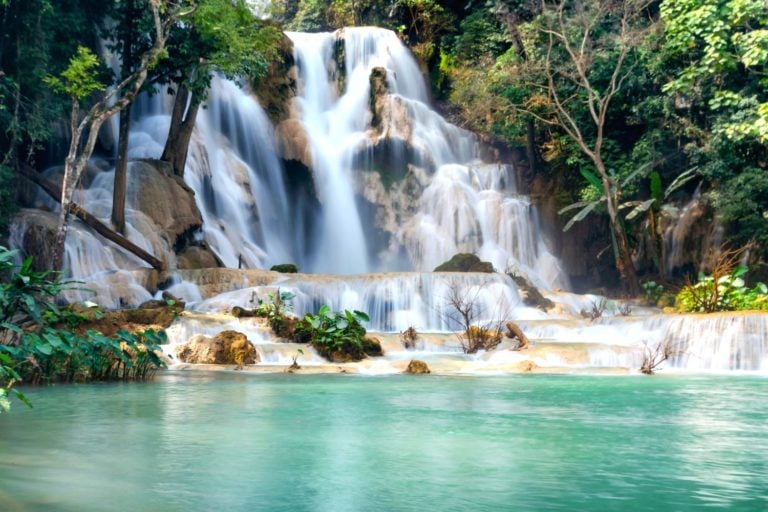 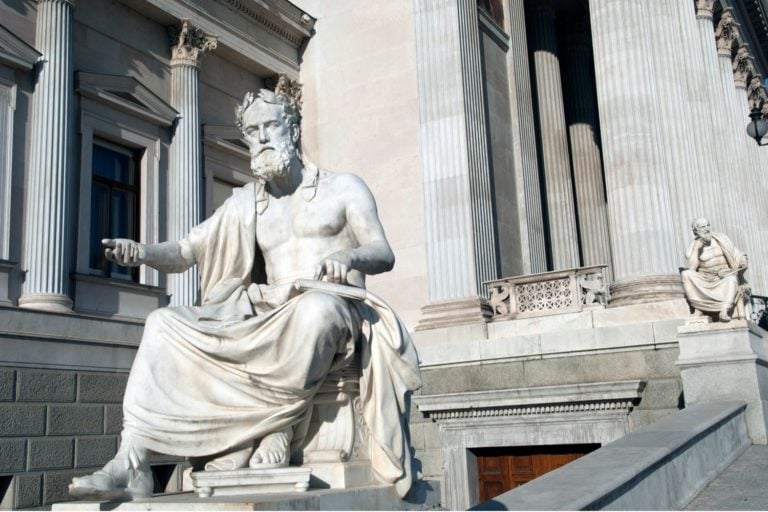 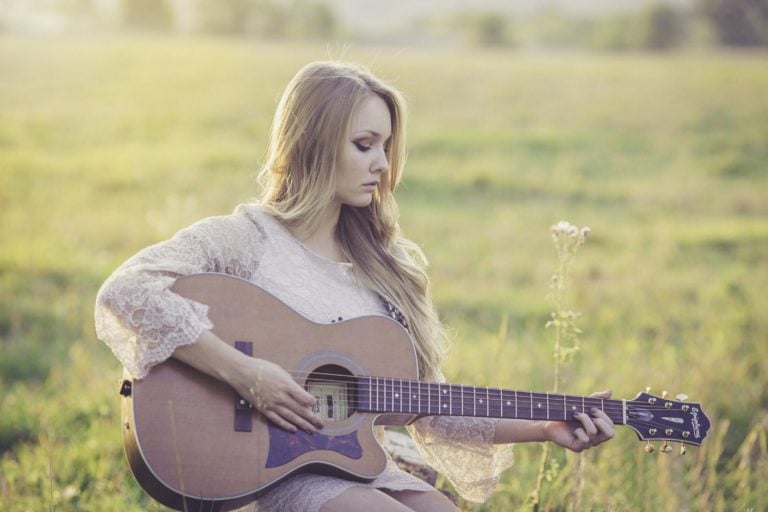 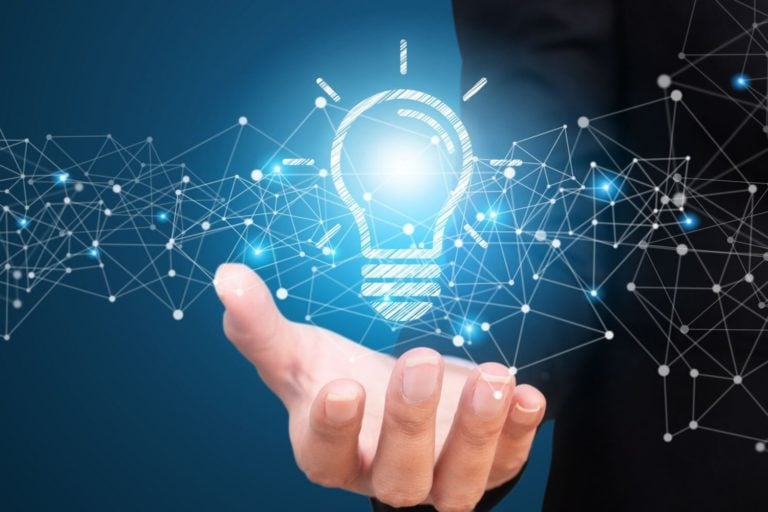