Roald Dahl was a British poet, novelist, short story writer, screenwriter, and fighter pilot. He is widely known for novels including Matilda, James and the Giant Peach, and Charlie and the Chocolate Factory among many others.

Dahl did not start writing until the 1940s. In fact, he initially served as a fighter pilot during World War II, but after suffering a serious head injury, he was then transferred to Washington D.C to be an assistant air attaché. There, he found his love for writing and eventually published his first book Shot Down Over Libya.

His works inspired children and adults alike, and later became one of the world’s best-selling authors. He has also been referred to as “one of the greatest storytellers for children of the 20th century.” His unique style of writing even earned him three Edgar Allan Poe Awards.

Although some didn’t agree with his use of darkly comic scenarios in his children’s books, people can’t deny the fact that he wrote numerous masterpieces and created some of the world’s most well-loved book characters.

Here are the top 31 Roald Dahl quotes that explores his thoughts and views regarding life, writing, and more.

1. “The fine line between roaring with laughter and crying because it’s a disaster is a very, very fine line. You see a chap slip on a banana skin in the street and you roar with laughter when he falls slap on his backside. If in doing so you suddenly see he’s broken a leg, you very quickly stop laughing and it’s not a joke anymore.”

2. “Unless you have been to boarding school when you are very young, it is absolutely impossible to appreciate the delights of living at home.”

3. “I began to realize how simple life could be if one had a regular routine to follow with fixed hours, a fixed salary, and very little original thinking to do.”

4. “I go down to my little hut, where it’s tight and dark and warm, and within minutes I can go back to being six or seven or eight again.”

5. “A little nonsense now and then is relished by the wisest men.” 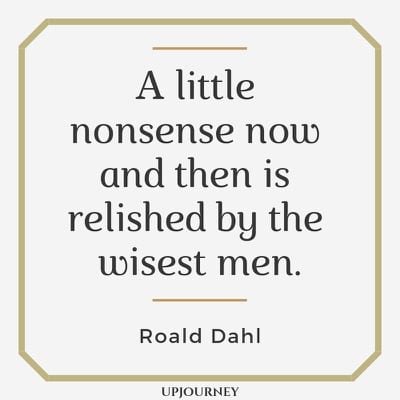 6. “Nowadays you can go anywhere in the world in a few hours, and nothing is fabulous anymore.”

1. “The writer has to force himself to work. He has to make his own hours and if he doesn’t go to his desk at all there is nobody to scold him.”

2. “The writer walks out of his workroom in a daze. He wants a drink. He needs it.”

3. “An autobiography is a book a person writes about his own life and it is usually full of all sorts of boring details.”

4. “If my books can help children become readers, then I feel I have accomplished something important.” 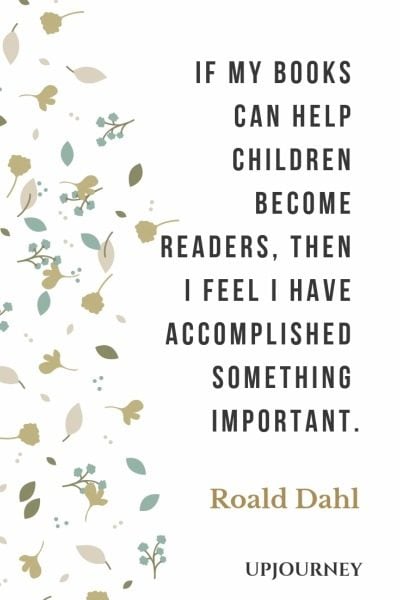 5. “A person is a fool to become a writer. His only compensation is absolute freedom.”

6. “I find that the only way to make my characters really interesting to children is to exaggerate all their good or bad qualities, and so if a person is nasty or bad or cruel, you make them very nasty, very bad, very cruel. If they are ugly, you make them extremely ugly. That, I think, is fun and makes an impact.”

7. “Two hours of writing fiction leaves this writer completely drained. For those two hours, he has been in a different place with totally different people.”

8. “A writer of fiction lives in fear. Each new day demands new ideas and he can never be sure whether he is going to come up with them or not.”

1. “Prayers were held in Assembly Hall. We all perched in rows on wooden benches while teachers sat up on the platform in armchairs, facing us.”

2. “When I was 2, we moved into an imposing country mansion 8 miles west of Cardiff, Wales.”

3. “All through my school life I was appalled by the fact that masters and senior boys were allowed quite literally to wound other boys, and sometimes very severely.”

4. “Did they preach one thing and practice another, these men of God?”

5. “All Norwegian children learn to swim when they are very young because if you can’t swim it is difficult to find a place to bathe.”

6. “Pear Drops were exciting because they had a dangerous taste. All of us were warned against eating them, and the result was that we ate them more than ever.”

7. “When I walked to school in the mornings I would start out alone but would pick up four other boys along the way. We would set out together after school across the village green.”

8. “The Bristol Channel was always my guide, and I was always able to draw an imaginary line from my bed to our house over in Wales. It was a great comfort.”

9. “To shipbrokers, coal was black gold.” 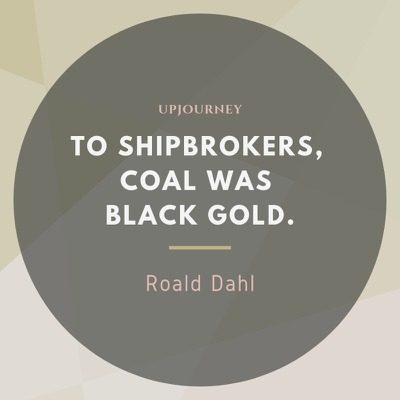 10. “Nobody gets a nervous breakdown or a heart attack from selling kerosene to gentle country folk from the back of a tanker in Somerset.”

11. “Pain was something we were expected to endure. But I doubt very much if you would be entirely happy today if a doctor threw a towel in your face and jumped on you with a knife.”

12. “I shot down some German planes and I got shot down myself, crashing in a burst of flames and crawling out, getting rescued by brave soldiers.”

13. “Though my father was Norwegian, he always wrote his diaries in perfect English.”

14. “I do have a blurred memory of sitting on the stairs and trying over and over again to tie one of my shoelaces, but that is all that comes back to me of school itself.”

16. “I was a fighter pilot, flying Hurricanes all around the Mediterranean. I flew in the Western Desert of Libya, in Greece, in Syria, in Iraq and in Egypt.”

17. “My father was a Norwegian who came from a small town near Oslo. He broke his arm at the elbow when he was 14, and they amputated it.”

If you’d like to discover more of Roald Dahl’s works, we would suggest you read a collection of his books to get to know the unforgettable characters he created over the years.