Mary is the youngest of ten siblings. She is 19, and her older brother is 40.

She is a law student and goes home for the holiday break and brings a colleague with her. At the dinner table she tells to her parents:

Her parents brought champagne, cake and started calling all their friends to make the announcement: 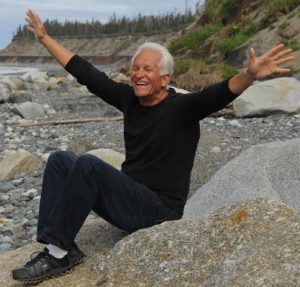 “We are expecting a grandchild!”

“Why are you so happy? I’m not married; I haven’t finished school, and I don’t even have a boyfriend?”

“It doesn’t matter! We will help,” says her father smiling and stroking Mary’s hair gently.

“We have ten children and nine of them told us that they, categorically don’t want to have kids EVER!”

Mary looks puzzled and embarrassed and whispers to her friend:

“As you know, I failed my exams, and I thought that they would go easy on me if I say a horrible lie first. You know? Say a big, fat lie first and then the truth doesn’t seem that bad?”

Do you remember your last big lie? Did you felt guilty for it? Have you been tempted afterward to apologize and tell the truth?

We are all professional liars. I don’t know anyone who has never told a lie. So, why do we lie?

Why do people lie to you?

People are afraid of the consequences of their actions, lack of action, mistakes, and failures.

The more severe is the punishment for their mistakes, the more people will lie out of fear.

Strive to inspire respect, not fear. Allow people to make mistakes because no one is perfect.

Low self-esteem and being too self-conscious can cause people to lie out of fear. Not necessary because they’ve done something wrong, but they might fear you will no longer like them if you knew the truth about them.

People that are not aware of their value and worth or don’t see the many positive things about themselves believe that others can’t possibly like them as they are. Therefore, embellishing the truth seem the only option to save face.

Children that feel pressured (internally or externally) to succeed also might lie out of fear; the fear of never being good enough or disappointing their parents. They lie and find ways to go around the truth giving the impression that they do know, learned, mastered and improved what you wanted from them.

I remember, as a child, I hated memorizing things. That made no sense to me. I had to understand, see the logic, follow the pattern to come up with the answer or solution.

In second grade I had to memorize the times’ table. Needless to say how much I’ve “disagreed” to that! Therefore, I had my own system of multiplying and never memorized it. My teacher, nor my parents, ever knew that I hadn’t learned the times’ table; that, to come to the right answer I was using a complicated and time-consuming way of doing it.

I lied. I lied because no one ever explained to me the importance, the logic or the necessity of memorizing the times’ table. I lied, and they didn’t notice because, even though slow, I knew the right answer. 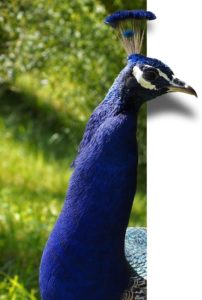 People don’t want you to know they are not as magnificent as they would like to be. Or, they will garnish themselves with attributes that don’t have to improve their self-image.

3. Some people could believe that you can’t handle the truth 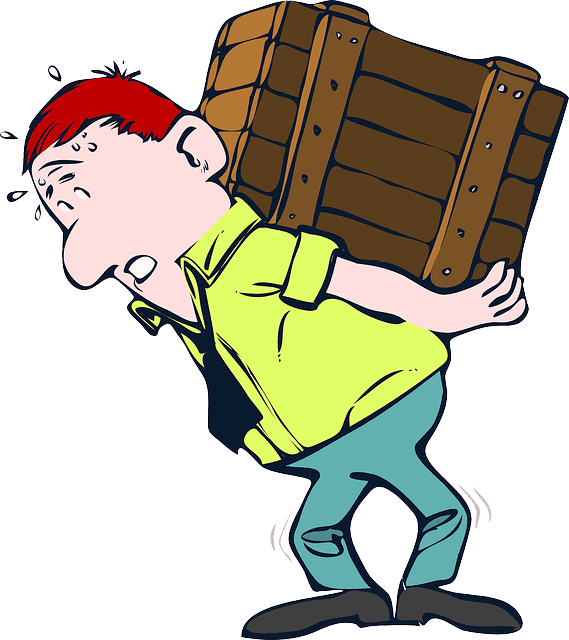 It is so; sometimes we are not prepared to hear the truth. Therefore, people lie to us; and sometimes we prefer to listen to a lie rather than being forced to deal with the reality.

Sometimes, a spouse that suspects being cheated prefers not to hear it because, then, has to take an action, to do something about it; and if that something is divorce, they hang on and pretend nothing is happening.

However, most times, you can handle the truth, and your behavior is the one that shows that to others.

People that respect themselves don’t smudge dirt on their image by lying. Right? 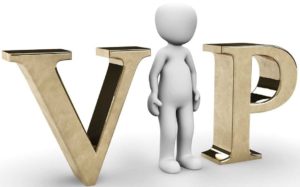 Folks believing to be insignificant and lacking qualities that could make them relevant to others, seek attention by lying, exaggerating or fabricating stories about themselves or their life.

6. Wanting to manipulate you 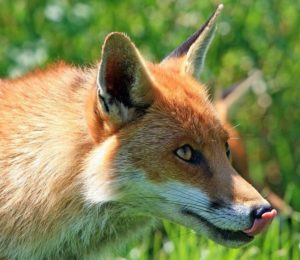 Lying is most often use maliciously to manipulate you. People with little interpersonal skills or non-existing, have no other means to get what they want from you.

Others, even though they could be truthful and honest, prefer to lie to you because it seems easier to get what they want that way. Plus, they don’t care at all about how you feel, your interest or to get a win-win outcome.

Manipulators are the masters of deception. They lie, they cheat and think and care NOT of the consequences or repercussions on others.

Rest assured! They are not too many. Therefore, even though they are astute and skilled to deceive others, you can spot them. Being so rare, they stand out and even if they manage to fool you once, next time you know to be vigilant. 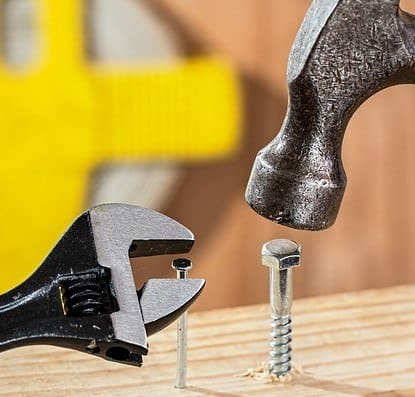 I guess you’ve already noticed the recurring theme: when people don’t know what else to do about the situation they are in, they lie. It is the same with solving a problem.

If people don’t know how to deal with their problems, they feel cornered, they feel stuck in an impossible situation, so they lie. They lie to you or themselves about it.

8. Inability to face the unexpected

The unexpected is expected to happen. Is it not? No matter how prepared are you for a situation, some things will take you by surprise.

The unexpected can make people feel embarrassed, ashamed, cornered and the fastest way out could be lying. Most times there are no negative intentions behind it, it is simply self-preservation.

9. The desire to make you feel better

Sometimes, the truth seems not to matter that much.

“Does this dress look good on me?” “Yes, darling, marvelous!” If she has only that one dress, yes the dress looks great on her; no point to be truthful only to make her feel bad, right?
“I was the best man on the field today, wasn’t I?” “Yes, darling, you were.”

Now, what to do when you know or suspect that people are lying to you?

1. Most times the best thing to do is nothing. Make a note in your mind about those people and pay attention in the future.

Other times, when your interest is violated in some way you can:

2. Point out, in private, that you know you they lied and be assertive about how you want the situation to be handled in the future. By doing so, you allow people to keep their dignity and protect your interest at the same time.

3. Ask questions to find out what are the intentions of the other person. Using questions is a non-threatening way of diffusing a tense situation and taking a stand.

Avoid using the question “why”, use instead “how come.”

“Why” is asking for justification and, most probably people will give you an excuse or another lie because, again, they feel cornered or, even attacked. Therefore, they get defensive but still don’t give you a straight answer or the truth.

4. Observe if the person enjoys lying

Some people take pleasure in lying. They are addicted to it. If you have the willingness to help them overcome this addiction, good; if not, move on and protect yourself in the future. Trust them to behave as always: lying. Don’t take them seriously, if they want your trust again, they should earn it.

5. If you need to prove the fact that someone is lying, document it

6. Give people the chance to redeem themselves and to explain the lie

Life is short, and you deserve to live in harmony and peace. Therefore, surround yourself with people that you can trust, people that are honest with you, people that respect themselves and you enough to take responsibility for their actions and behavior.

Remember that is not your job to cure people from bad behavior and that you can’t make people change if they don’t want to change.

If people are lying to you, see it as their loss, not yours. They are those that are losing trust, respect, the chance to solve a problem, the opportunity to make a friend and to make themselves liked.

Preoccupy your mind as less as possible with concerns about being lied. If you put too much thought and energy into it, it is possible to attract liars because a lie is most interesting to tell when it evokes a negative reaction on your part.

When people lie to you, don’t take it personally. Most lies are not intended to hurt you; people are not doing it to you! They are doing it to themselves.

As I’ve said at the beginning, we are all professional liars; and with good reason: we can’t just blurt out whatever comes to mind, that would be hurtful for those around. Is it not?

Even the most honest and good-hearted person feels the need to lie, especially when they want to help and see that the truth doesn’t solve anything.

What to do when you want to help someone that doesn’t want to hear the truth but you don’t want to lie either?

1. Use stories to help others instead of lying 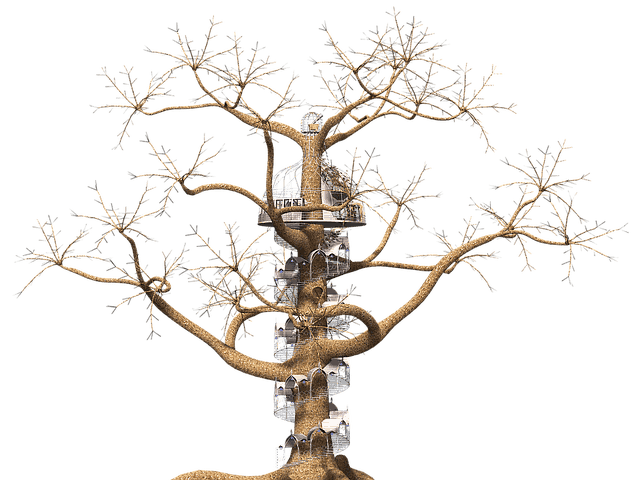 Most stories are lies, and people take them for granted without even thinking about the truth; they don’t expect a story to anything else other than a half of the truth.

They know that the pig, frogs, and chickens don’t speak, and a cuckoo never loves or care about its offspring. People know it is a lie and don’t care it is a lie; they care about the moral of the story and what is in it for them: the lesson – an example of how they can solve their problem.

It goes without saying: the story shouldn’t be an invention about you because no matter how helpful it might be, it is a lie.

2. Divert attention or use omission

Change the subject and talk about those things that you like about the person; emphasize their positive character traits; talk about their accomplishments, skills, and talents.

“Is my nose too big?” If it is, telling the truth doesn’t help. Does it?
“I don’t know, maybe. But you have the most beautiful smile I, ever seen. And your hair looks shiny and healthy and your… no one is perfect.” 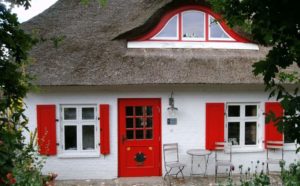 “Am I too short?”
“I don’t know about that. I always dreamed to live in a cottage in the English countryside. You are lucky! I will never fit in one of those without, always bumping my head on the ceiling.” 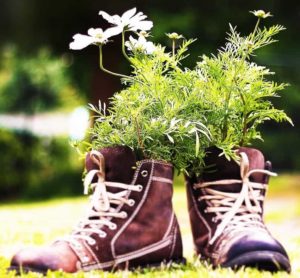 Show people what can they do with what they have. There is nothing that can’t be used in some way.

Remember, when people are lying to you is their loss and not yours. Don’t take it personally; it is not about you, it is about who they are and how much or how little they respect themselves.

As Dr. House says (from the TV series House): ”Everybody lies.”  Therefore, it’s a wild goose chase to expect or demand not to be lied EVER.

Protect yourself by being true to who you are; by accepting into your life only those people that lie to you without intention or malicious objectives.