Let’s know why actions speak louder than words from their insights below.

Every cell phone user has experienced some sort of miscommunication through text messaging.

Perhaps it was a short, one-word response to a greeting or question that resulted in a friend or loved one calling you out on your lack of enthusiasm toward talking to him or her. Or you crack an innocent joke that the other person takes too seriously.

You meant well with your text, but somehow, the recipient took it the wrong way.

Why does this occur via text messaging, as well as when communicating behind an electronic screen?

Without body language, a tone of voice, and the full clarification of an in-person conversation, behind-the-screen conversations come off as harsher and with less emotion than usually intended.

A large part of communication is visual. When you take that away, people are left to decipher words that, more often than not, have double meanings.

When a person fidgets with his or her hands and bites his or her lip, you identify that person as nervous. Lax shoulders and a smile indicate a person feels comfortable, whereas crossed arms, stiff tone, and a wide gap of space between two conversing individuals points to defensive.

People can tell a lot about how others feel and whether or not they are approachable based on their posture, tone of voice, facial expressions and gestures.

Combining queues from body language along with the words that are being spoken give us a fuller picture of the conversation and the intended message.

With practice, you learn to read a person’s every nuance from the tension in their shoulders to the twitch of an eyebrow.

It’s important to recognize that often times it’s hard for folks to be honest with themselves.

When we are challenged in identifying a personal emotional state or feeling, it’s impossible to tell your partner your immediate truth.

This may be innocent or malevolent. In the face of my expertise, it is still challenging sometimes to spot someone who is disloyal or deceptive.

Most people who cheat have a piece of narcissism in their personalities. This means not only are they self-serving but they are missing the trait in their character that allows them to imagine the impact of their own behavior on the other person.

They’re not thinking about the pain and wreckage they cause by their actions. Some men who serial cheat or sex addicts don’t feel guilty about their actions.

Or, their guilty conscience structure is limited in such a way that feeling bad about hurting the ones they love is not enough to stop them from the repetition of their offenses.

Certainly, smalltime liars can be found out and busted by poor shifty eye-contact, sweaty palms, wringing or pulling on hands, jiggling legs, tension in shoulders and neck, and inappropriate effect such as laughing at serious moments.

Usually, it begins in childhood to avoid the consequences. When kids are not held accountable for their negative actions they often continue them.

Without consequences, accountability, and owning up by taking responsibility for their actions these children emerge into adolescence and adulthood without enough of a conscience that we all need to help us follow rules and laws.

Angela, your question doesn’t give meany specifics about who or what the person is lying or cheating about. However you slice it, it’s best to confront the issue by saying your gut tells you there’s more than the person is sharing.

All healthy relationships are based on trust.

When we know we’re always going to tell each other the truth it makes a person feel safe.

Trust is required in order to feel safe in every relationship.

Body language can make or break a situation.

Depending on the situation and how you carry yourself, it could help or hinder your professional progress.

You walk into a job interview early (of course!) and are asked to have a seat.

{Scenario 1} You sit on the chair leaned back. When the interviewer comes in, you immediately stand up, shake their hand and cross your arms in front of you.

You continue to have your arms crossed as you walk to the interview room and throughout the entire interview.

{Scenario 2} You sit with good posture, legs crossed, and are very attentive to your surroundings.

The interviewer arrives and you greet them with a warm smile, stand and shake hand, then follow them to the interview room. Your arms are at your side and you use it appropriately to make gestures as you speak.

Others will read your body language even before you speak and therefore it’s considered communicating without spoken words.

The person in scenario 1 could be interpreted as lazy for not sitting up straight, closed-minded or rigid for having their arms crossed, and unfriendly for the lack of a smile.

In contrast, the person in scenario 2 could be considered the opposite: friendly and open-minded or open to new ideas.

Ask yourself: which would you rather work with?

First, notice how you’re sitting or standing then expand your body from inside out. Throw your shoulders back, bring your hands to your hips, take a deep breath, and feel an inner power. Lift the heart center of the chest. Keep your chin in line with the earth.

This pose, in which you feel “opened up” rather than closed into yourself, i.e. arms crossed over your body, is the most common high-power pose.

People do it all the time—think touchdown, winning, or the person sitting back and resting her hands behind her head.

Why We Do It

That’s your mood, your intensity, and your physical energy. It makes you feel more confident and less stressed.

When you practice the power pose, it actually gives you the muscle of life— the psychological strength to bring yourself and/or your business to a new level of connecting with other people.

This state is physiology—it’s a mind-body connection that changes your psychology.

This immediately changes your body chemistry bringing up testosterone and lowering cortisol, the stress hormone.

Most people know enough to get the job done, but they’re not where they could be because their psychology is not in sync with their goals.

When you have this chemistry affecting your body, you bring certainty, clarity, confidence, and courage to your workplace, relationship, or situation.

One component I discuss is body language.

Funny enough, I used to be a professional dog trainer (when I thought I wanted to be a vet). I trained successfully for many years (clients included Estee Lauder, actress Lynda Carter, Sen. Bob and Elizabeth Dole, etc — I mention only to say I was good at what I did) and learned that watching body language was vital to training.

I was a hands-friendly trainer so being able to communicate with my pups in positive ways was important.

Much later, when I was assaulted, became a 4th-degree black belt, began teaching other women/girls, I had that moment when I realized that I had avoided so many aggressive dogs or capitalized on positive moments by watching cues from dogs, why had I missed it in a human?

We – people – and, in particular, women tend to override a negative or funny feeling because we want to be more tolerant or accepting or, again – more a female issue – do not want to be perceived as being unfriendly.

I KNEW a dog might bite me and acted accordingly. But I never wanted to ACCEPT that a person might assault me.

Despite bad vibes, nervous feelings, I ignored the body language.

Years ago, I was jogging with a friend. Further down the bike path, we could see a man walking his dog and another guy on his bike.

I said out loud, “That dog is going for the guy on the bike.” 30 seconds later, the dog lunged and my friend looked at me. “How could you possibly know that? We’re like 100 feet away. Was he growling?”

I could see the body language.

Only when I became a seasoned fighter did I learn what my opponent was going to throw and when. But it took a lot of punches to the head to figure that out.

But we don’t need to be bitten or punched to learn and this is the component I give my students:

As a body reaches (growing taller) and expands (chest lifts), an action is about to occur. This is true in canines and humans.

There is an intensity in the eye contact that a canine will give before aggression. They are not sneaky or duplicitous creatures.

If no one else is around and the posture rises/grows but they are not looking at you, stop, look around.

If no one else is around, you must consider the fact that you may possibly be the cause of that posture change. You may be the target.

Both canines and humans (in an aggressive manner) will circle.

The expression is “sharks circle” but they are not alone. Canines and humans will also circle their prey if they are moving into an aggressive mode.

Just as the shark likes to ‘bump’ its target of interest, canines and humans want to know what kind of threat (if any) they might meet if they move in.

Canines like to even the odds. Aggressive humans want the upper hand.

Again, it is the body language — the posture — that lets you know there is a heightened tension and awareness.

The next question must be: Is it me?

But there was always that sneaky dog who got in a bite and you never saw it coming.

For years, many trainers would laugh about the “lap dogs” who appeared cuddly, unassuming and so harmless. Still, when we got to talking about it, there WAS body language.

And just like canines, humans do the same thing.

The body language is suddenly very still, the guise is to appear relaxed, unconcerned, chill but there is a stillness in the body and a watchfulness out of the corner of the eye that all dog trainers and fighters understand.

So, you’re saying “Fantastic. I’ve never trained dogs and I’ve never been a fighter. How am I supposed to know?”

But when asked, over 80% of victims of assault say they had a “feeling.” They knew.

Never having been bitten or punched before, they still detected something but ignored it.

YOU the person with the funny feeling, the person who does not know how to fight but is suddenly feeling weird about this other person.

YOU can use that same posture change.

Raise up in height. Lift your chin.

LOOK at that person who is making you feel uncomfortable!

YOU can radiate a body language that says, “I see you and I’m ready.”

What the human, the shark, and the dog do not like when circling is the “I see you and I’m ready” posture.

Body language, baby. It’s the stuff badasses are made of.

People naturally feed off of the energy of those around them, so seeing someone with closed off or nervous body language makes the people around them feel semi-nervous or closed off, bringing the mood of the room down a notch.

Seeing warm, open, and positive body language, lifts those around up mentally and draws them toward you.

Having positive and warm body language is a way to encourage the same in those around you. 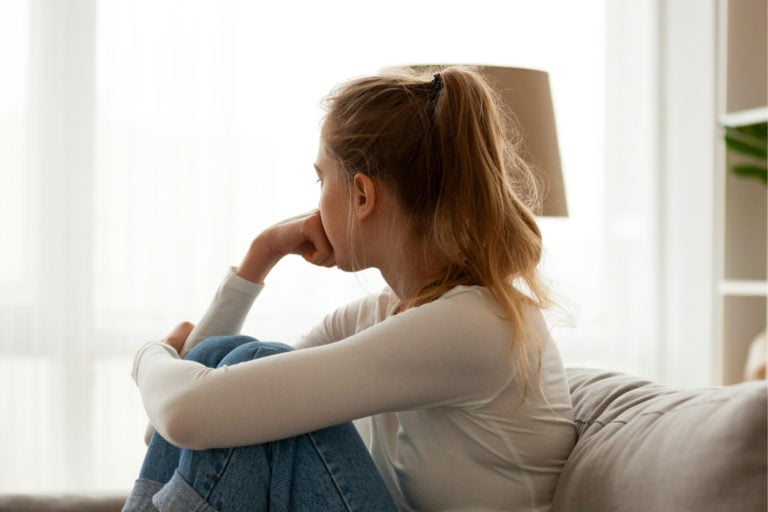 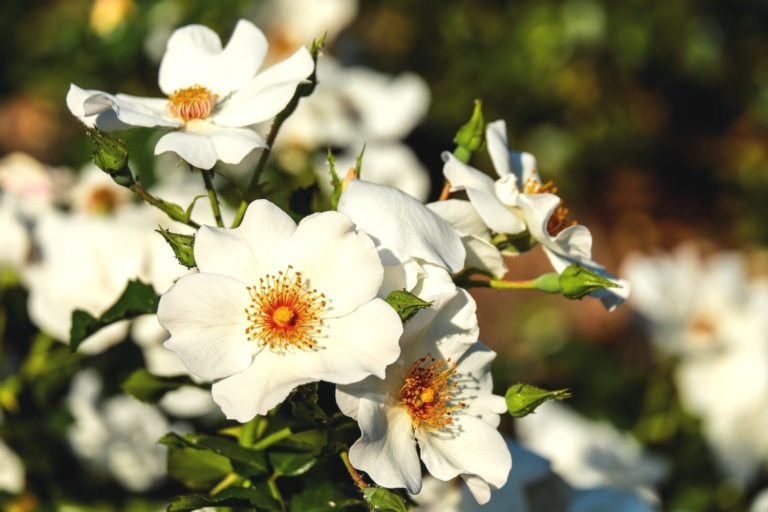 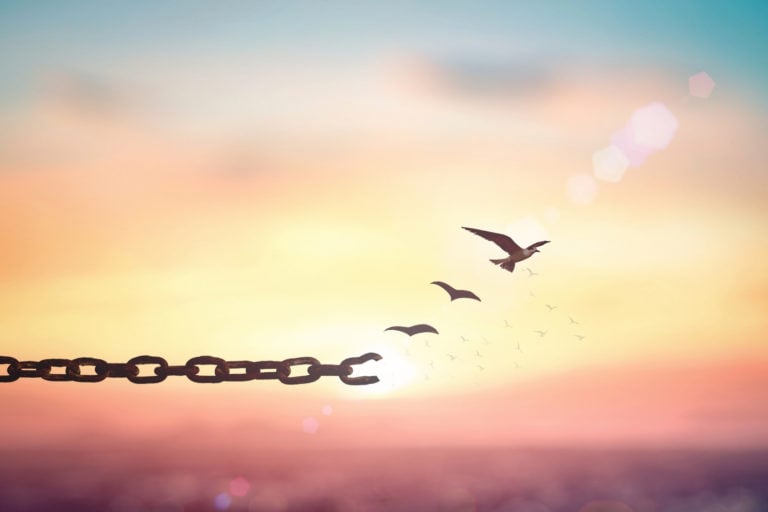 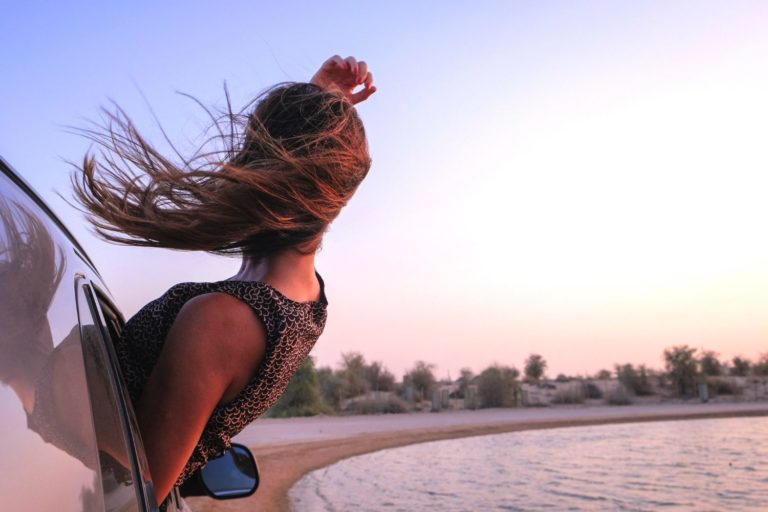 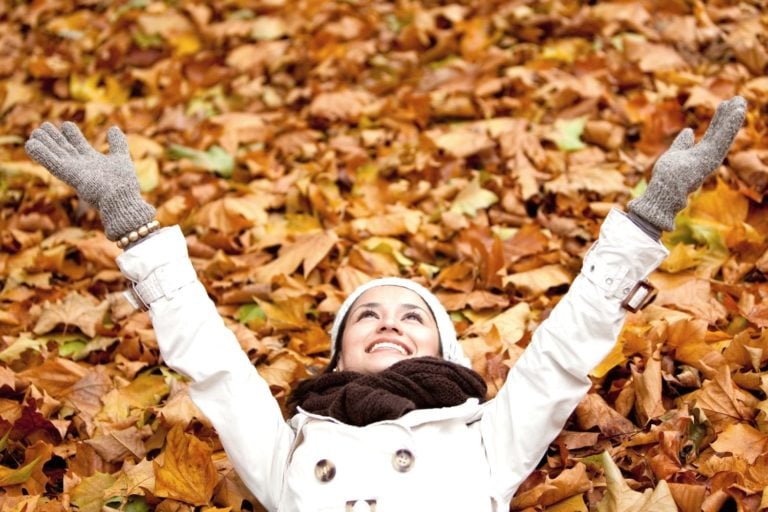 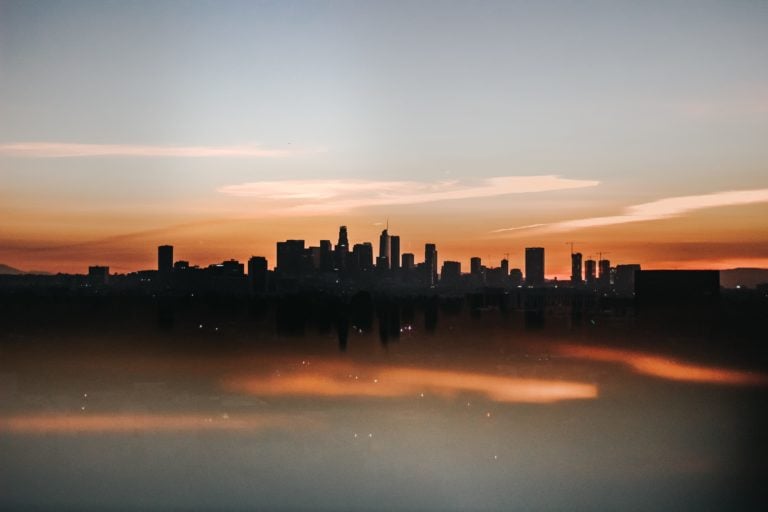