If your life needs a hero, that hero is you.

Discover in this article, 25 warrior quotes to inspire you and become the hero of your life and those you love.

It’s rather hard to be a warrior in a meritocratic society when you hear almost every day how you deserve everything you desire. We are hearing this message for quite some time now, and because of it, many of us feel entitled only to the best of things.

Being a warrior, the hero of your life, it’s a proof of self-respect, honor, and gratitude.

If you think about it, now more than ever before, you must be a warrior.

If you’re an employer, you must fight to grow your business and ensure your employees have a job tomorrow too.

If you’re a parent, you must fight to keep your children safe, grow to be productive members of society, and Happy.

If you’re a spouse, you must fight to keep your marriage happy.

If you’re an adult child, you must fight for your elderly parents to never feel lonely.

If you’re alive, you must be a warrior.

The following 25 warrior quotes aim to inspire you to rediscover (if you ever lost it) the warrior in you so you can have a fair chance at every fight you must have in this life.

Most of the wars into which we participated today you fight with a pencil, a computer, and against ideas, bureaucracy, advertising, and beliefs.

Be a warrior, be the hero of your life and those you love. Live your life with honor, dignity, and self-respect.

1. A warrior never worries about his fear. – Carlos Castaneda 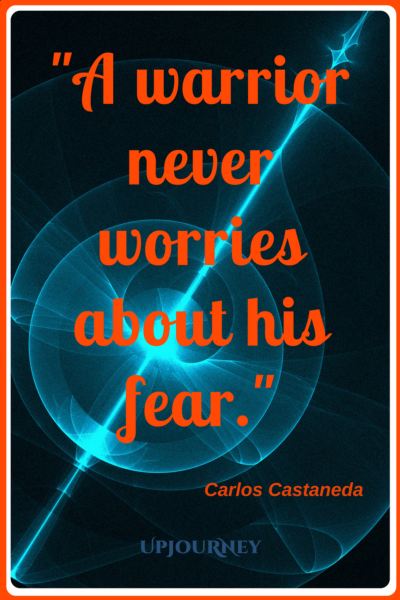 2. He who conquers himself is the mightiest warrior. – Confucius

3. Courage, above all things, is the first quality of a warrior. – Karl von Clausewitz

4. There is no greater warrior than a mother protecting her child. – N. K. Jemisin

5. To be a warrior is to learn to be genuine in every moment of your life. – Chogyam Trungpa

6. A warrior must only take care that his spirit is never broken. – Shissai 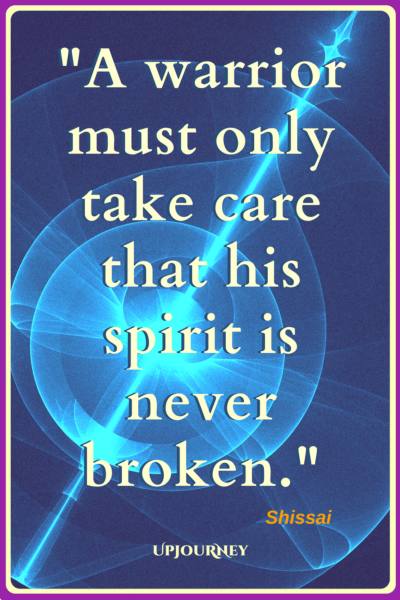 8. The art of being a warrior is to balance the wonder and the terror of being alive. – Carlos Castaneda

9. All men are warriors. And life for everything in our universe is nothing but war. – David Zindell

10. The true soldier fights not because he hates what is in front of him, but because he loves what is behind him. ― G.K. Chesterton 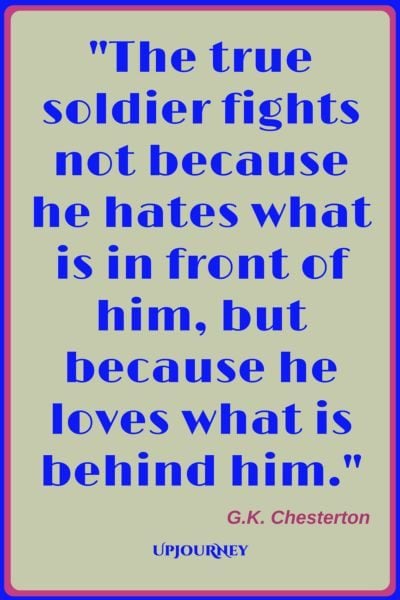 11. Some Warriors look fierce but are mild. Some seem timid but are vicious. Look beyond appearances; position yourself for the advantage. – Deng Ming-Dao

12. The successful warrior is the average man with a laser-like focus. ― Bruce Lee

13. Ideas are the great warriors of the world, and a war that has no idea behind it is simply a brutality. – James A. Garfield

15. Warriors do not win victories by beating their heads against walls, but by overtaking the walls. Warriors jump over walls; they don’t demolish them. – Carlos Castaneda

16. Every great warrior must learn to endure and overcome the adversities of life. – Lailah Gifty Akita

17. The two most powerful warriors are patience and time. – Leo Tolstoy 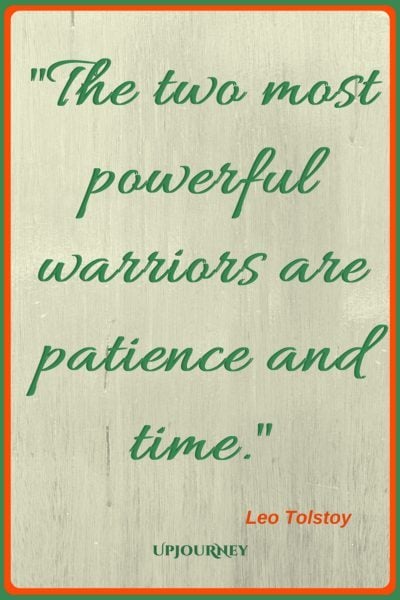 18. Soldiers can sometimes make decisions that are smarter than the orders they’ve been given. ― Orson Scott Card

19. There’s more to being a warrior than killing. A true warrior the best warrior isn’t cruel or mean. He doesn’t claw an enemy who can’t fight back. Where’s the honor in that? – Erin Hunter 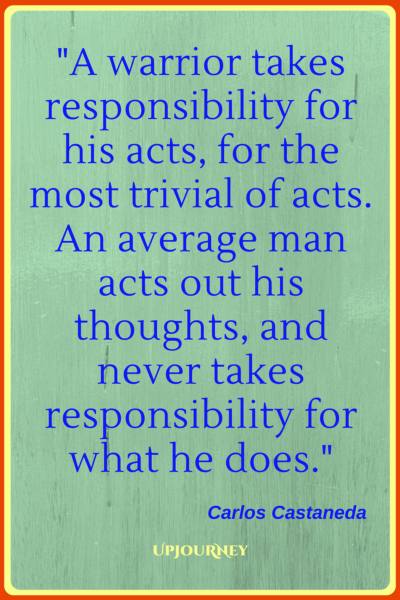 21. As a peaceful warrior, I would choose when, where and how I would behave. With that commitment, I began to live the life of a warrior. – Dan Millman

22. You never know how strong you are, until being strong is your only choice. ― Bob Marley

23. Do not pray for an easy life, pray for the strength to endure a difficult one. ― Bruce Lee

24. A warrior of light who trusts too much in his intelligence will end up underestimating the power of his opponent. – Paulo Coelho 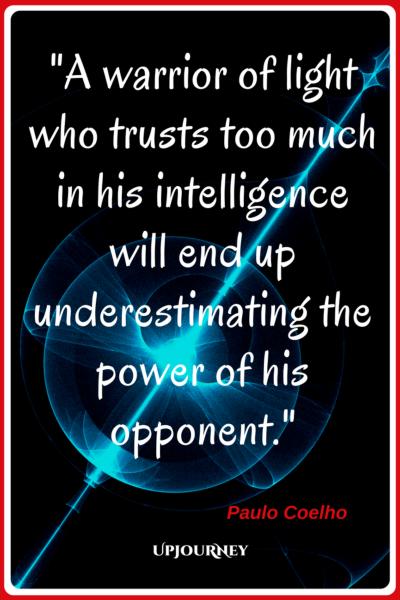 25. A warrior does not give up what he loves, he finds the love in what he does. – Dan Millman